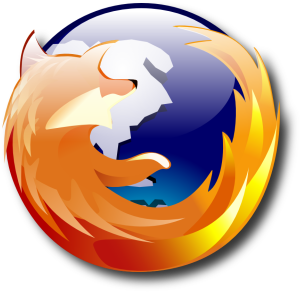 I decided to install Firefox Beta 3 (currently at 3.0b1) to see how much improvement the Mozilla team has packed into Gran Paradiso. Firefox 3 beta is available for download from Mozilla’s servers and from the official statement alone, it’s quite obvious that this release offers some hot new features for users and web developers.

Firefox 3 is built on top of Gecko 1.9, the latest version of the Firefox Core HTML engine which features some major overhauls both in handling and under the hood like support for full-page zoom (a feature already embedded in Opera). Cairo now performs much of the underlying rendering, giving the advantage of hardware accelerated rendering.

I’ll enumerate some of the interesting changes I found with 3.0b1

Right off the bat is the smaller memory footprint:

Note that memory usage is an objective factor since plugins, themes and modifications ultimately contribute to how large actual resource consumption will be. However, it’s still a good measure of performance especially during startup. The picture above is the resource allocation of Firefox 3 and IE7 on the same webpage.

One of the graphical changes is associated with the user prompts. Instead of getting annoying pop-ups, Firefox 3 shows a small, less intrusive submenu much like IE7’s ActiveX alerts. Instead of displaying a modal dialog every time the user attempts to input login information in a web form, the new system displays password-saving buttons in a thin bar at the top of the screen after login information is sent to a server.

Bookmark management is a whole lot easier as well. Implementation of tag support (more on that on Places) is quite useful especially if you have tons of bookmarks. To add a site to your bookmarks, simply click the Star button. It turns yellow (as shown above) and your done. If you click it again, the menu shown appears for easy editing.

Firefox’s native download manager has also been overhauled with the integration of of a search box for filtering completed downloads. Support for existing anti-virus softwares has been integrated into the download manager so that scans are scheduled immediately after a file finishes downloading. The reliability of resuming paused or canceled downloads has also been improved.

The Places is arguably one of the best added feature in the new build. It is a cohesive storage framework that leverages a SQLite database rather than flat files (.xpl etc) and unifies bookmark, history storage and tagging. As shown on the picture, statistics and site rating are also present.

Other things that I could get a screenshot of:

If you read the changelogs, you’ll see that many longstanding problems have been resolved. According to Mozilla, over 300 individual memory leaks have been plugged and new architectural features, like the XPCOM cycle collector, have been added to combat memory waste.

While Firefox 3 beta 1 is not recommended to replace your current browser, it gives a nice glimpse of upcoming additions and features a more reliable (so far) core engine, delivering an outstanding improvement to the user experience. Despite the long delays in development and other setbacks, Firefox 3 is shows much potential in becoming an outstanding browser that outshines and outperforms the competition without compromising usability. I can’t wait what the next installment of Opera will contain to up the competition though.

If you’re planning to test the beta release, I recommended that you create an alternate Firefox profile or backup your Firefox settings directory (~/.mozilla on Linux) before you install Firefox 3 in order to avoid damaging your configuration data and future conflicts with Firefox 2. Users who want to test multiple versions of Firefox side-by-side will have to use the -no-remote parameter.

Despite delays and other setbacks, Firefox 3 is shaping up to be an outstanding web browser that delivers innovative new technologies while retaining Firefox’s signature ease of use.