I think 2007 was (and still is) a good year for technology-geeks. There’s a bunch of quality products blew us (and our pockets) away like the PSP Slim, the new Zune and iPod line and cool new laptops. For gamers, there’s Crysis, new free to play servers and more MMOs. For developers, there’s Silverlight, Air and Visual Studio 2008. With the number of stuff flooding the market, there’s bound to be some failure.

And yes,while others seem to do everything right, there are those who are quite the opposite.

Even with the merger, things still look grim for the two giants. For the whole year, we’ve been expecting that AMD will launch something worth buying. Sadly, that wait is still ongoing.

On the processor side, AMD’s much awaited Barcelona-platform chips (the Phenom) were called back from shipping due to a processor-level bug and the expected market date was pushed back a few more months.

On the GPU side, even with the release of ATI’s 3800 family, the graphics giant is still unable to match Nvidia’s midrange card the 8800GT.

Pricewise, both AMD and ATI products seem competitive enough with regards to Intel and Nvidia’s high pricing but are currently lacking in terms of performance. There’s not much innovative juice running AMD nowadays and they seem content on just catching up where the competition left off. 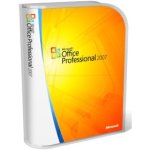 Using ribbons to replace the old-fashioned toolbars may have boosted Office 2007’s eye candy charm but it threw everyone who was so used to using MS Office into confusion. No one knew where everything was so we spent hours and hours trying to familiarize ourselves with the new layout only to find out that the default format for saving files wasn’t compatible with older versions of the Office Suite.

There were several improvements like the addition of One Note and increased usability of common commands but several major flaws are still there. Excel 2007 notably has a major bug that’s all set to derail businesses that rely on it.
Considering the hefty price tag, Office 2007 isn’t worth the upgrade, nor the headaches.