Star Ocean has been missing in the current generation of consoles and Square Enix’s recent announcement is meant to address that, albeit with a different spin than what most fans are used to with the series.

Yes, Star Ocean is set for a come back but it’s no longer the the traditional JRPG that we grew up to and loved, as the next Star Ocean title is a  social card game RPG for GREE, called Star Ocean: Material Trader.  Seeing the fall off yet? 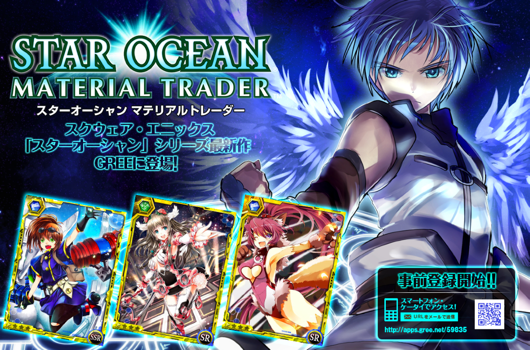 If you were hoping to play Star Ocean on your favorite console, there’s a bit of bad news as Star Ocean: Material Trader is set for iOS and Android.   The game is going to be developed by Hippos Lab, Square Enix’s smartphone division and is expected for release sometime this year.