The development team, including producer Yoshinori Kitase and director Motomu Toriyama, shared new information about the game during a stage event at the meeting. 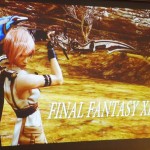 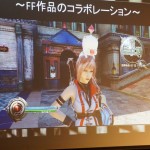 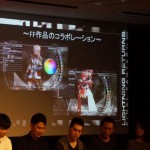 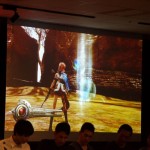 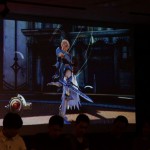 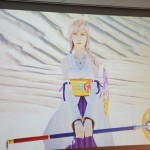 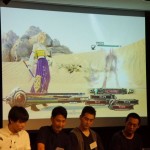 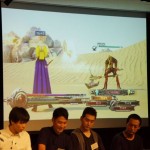 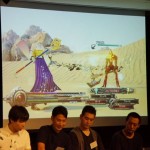 Not my cup of tea to see Lightning so lady like but yeah, someone out there does.

The event also showcases customization for the costumes. You not only get to choose Lightning’s wardrobe, you also get to change color (to a degree) of each part of the costume like accessories, inner, vest, and boots, etc. 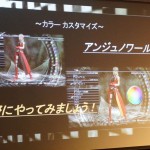 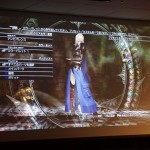 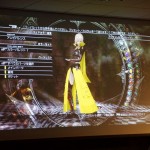 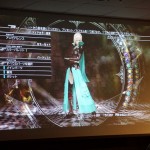 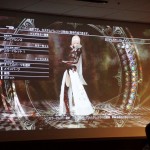 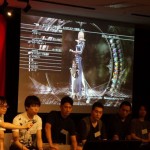 The event showcased the four continents of the world of Lightning Returns: Final Fantasy XIII. 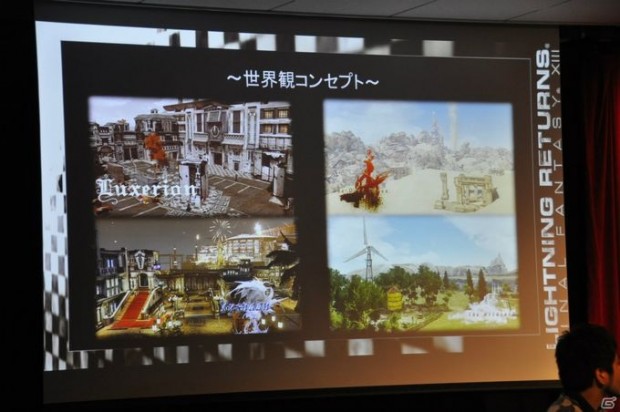 There was also a brief question and answer portion with the development staff which is quoted below:

Q1: I think that one of Lightning`s most attractive features is her armpit. Is there a costume that will show off this part of her when she does her victory pose?
A1: Something that shows off her armpit..? Well, there are some revealing sets of costumes. I’m sure you’ll enjoy those.

Q2: On the shop’s accessory screens, I didn’t see any earrings or other small items that looked like they could be equipped…
A2: We’re still at a point where there’s time to make adjustments. We’ll look into that.

Q3: Will there be an arena-like area like there was in Final Fantasy XIII-2?
A3: Yes. There will be an area where you can fight strong monsters.

Q5: Will you be able to customize the weapon and shield colors?
A5: This won’t be a feature, but there will be a large number of each to collect. There will be about 70 or 80 swords, and the number of shields is only a few less than this, so there will be lots of combinations to play with.

Q6: Will there be mini-games?
A6: There aren’t really going to be simple card-based mini-games, but there will be mini-game-like ways to clear certain stages of the continental quests.

Q7: Why is Hope a young boy?
A7: As of now, thanks to the power of the gods Hope has been returned to the form of a young boy.

Q8: Final Fantasy XIII-2 featured multiple endings – how about this game?
A8: This is the last installment in the Lightning Saga, so there is only one ending. Outside of this, if you fail to save the world, of course it’s game over, and the New Game Plus feature will allow you to explore new areas of the world after completing the game.

Q9: In Final Fantasy XIII there were small jokes, like when you shook the controller Lightning’s eyes would roll. Is there anything like that in this game?
A9: I don’t think so, unfortunately. But if you move Lightning toward walls and pull her back away from them at the last minute, she will launch herself away from them. Depending on the costume she’s wearing, her ‘launch pose’ will change, so we hope you’ll have fun with that.

Q10: Are there any plans to use DLC in combination with the costumes?
A10: This hasn’t been decided yet. However, I think that you’ll be able to enjoy the entire game from the disc you purchase at the store.

Q11: Will Hope be fighting alongside Lightning?
A11: We have only two weeks left for development, but we’re considering it (laughs). Hope is so supportive to Lightning…

A12: I really like Moogles and Chocobos. How many kinds of each will there be?
A12: There will be some Chocobos you haven’t seen before! But we ask that you please wait for our follow-up report.

There were also a few important questions posted for the development team:

Like it or not, yes, the bubbly Vanille will return — and her overtly happy english voice actress.  She is being sheltered by a religious group known as the “Salvation Council” in the city of Luxerion, according to director Motomu Toriyama.

Yep, it was a question posted to the development team at E3 was, “Has Lightning’s bust size really gone from a C to a D-cup since the first two games?”

Square Enix confirmed this, saying that because some of the costumes show off a bit of Lightning’s cleavage, it was thought that this choice would showcase the costumes a little more.

Lightning Returns: Final Fantasy XIII (and her now improved bust-size) is due out for PS3 and Xbox 360 in Japan on November 21, in North America on February 11, and in Europe on February 14.