If there was one thing that Square Enix seems to be doing well recently, it’s milking it’s current franchise good — which makes one wonder if they’re still hurting for cash, why not push through with the Final Fantasy 7 remake.

The pre-order bonus includes Cloud Strife’s legendary Buster Sword, the Soldier’s Band, victory fanfare, and finishing animation from Final Fantasy VII. Aside from a palette change, Square Enix says they will also be privy to specific abilities, which will be announced at a later date.

For European pre-orders, you’ll also get the Lightning Samurai Set which includes 3 costumes as well as, the Shogun, Sohei Savior, and Flower of Battle items. 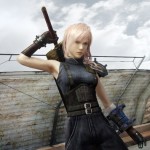 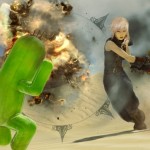 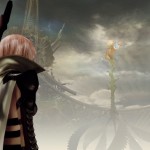 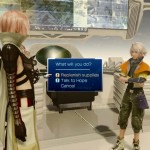 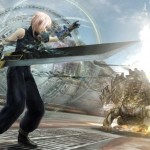 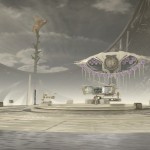 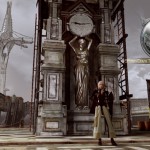 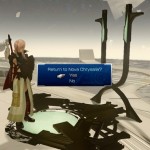 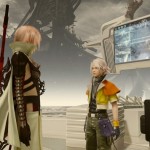 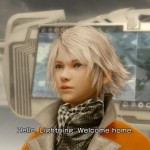 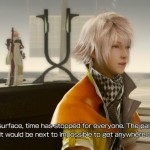 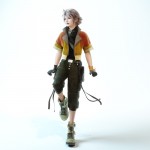 If you have followed the story of Final Fantasy XIII, Hope Estheim has grown up to be a fine man of science in the second game and transported himself into the future to aid Serah and Noel. For some reason, he’s back to his old (and probably whiny) self in Lightning Returns. As per his role in the previous game, he’ll continue to provide support as an NPC rather than a playable character (which is a good thing). 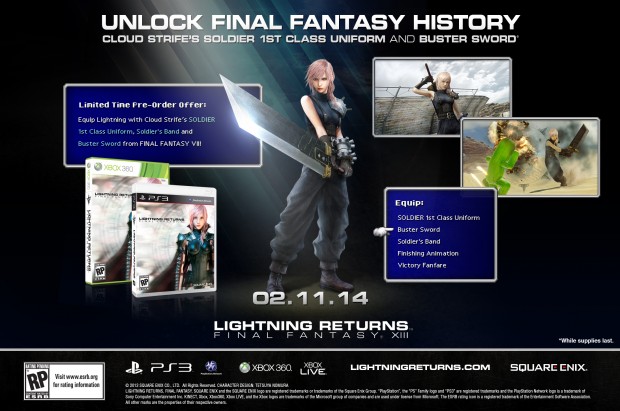 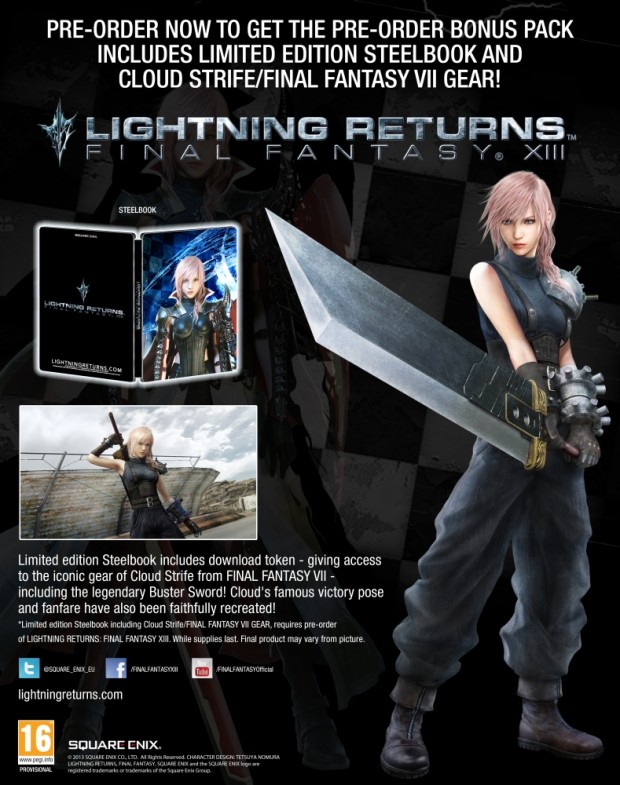 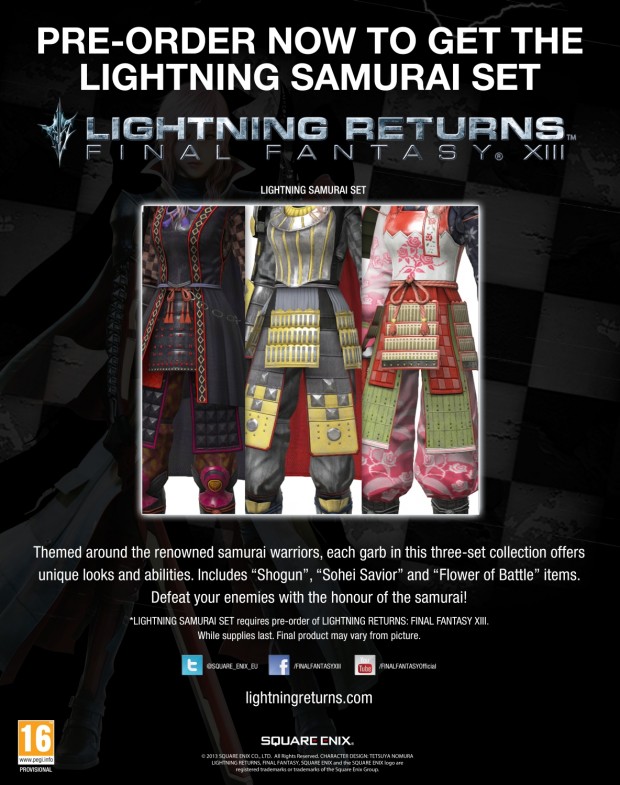 Lightning Returns: Final Fantasy XIII is set for release on both the PlayStation 3 and the Xbox 360 on February 11, 2014. Japan gets a few months of headstart as it’ll get the game this November 21, 2013.