When Sony officially unveiled the PS Vita‘s price, the console undoubtably gained a lot of potential buyers. At $249 for the WiFi version and $399 for the 3G version, the console’s release price is very attractive especially to gamers with tight budgets. 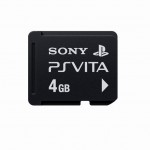 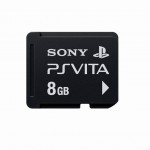 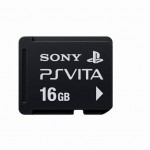 Looking at the reasons mentioned above, none of which seem to benefit gamers in the slightest.

In terms of performance, Sony could’ve simply opted to specify a minimum SD card class for optimum experience. It would give the consumer choice of spending cash on Sony-branded storage or some cheap, slower knock-offs.

In terms of security, well that’s just on the Sony side of things now isn’t it. These memory cards can’t be used as a mass storage device. If you want to use it as such, you will only be access it using a proprietary Sony management program (for Mac and PC, no Linux). For games and PSN-related content, you can simply connect the Vita to your PS3.

On the upside, managing files on the Vita will be easier. The PSP relied on a specific file system (folder structure) to manage files, like games, savefiles, images, etc. According to Shimada, “You do not need to remember which folder contains data on the memory card,” meaning that the propriety software (or your PS3) will do it for you. Whether this feature makes the PS Vita easier to use in terms of file management or not will be revealed when the device launches and gamers have actually had time to mess around with it.

By locking things down on the storage, Sony can prevent hackers from tinkering with the PS Vita and thereafter releasing custom firmwares. In reality of course, nothing can be locked down forever and the choice of using propriety storage for the Vita is probably a two fold benefit for Sony:

The PS Vita will release internationally on February 22, 2012.