This is the very first Android Game for my currently playing series and with good reason. It’s free, it’s fun and it’s addicting (really… it’s addicting). 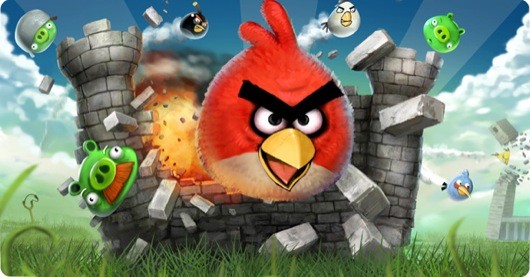 The point of the game is to simply launch your birds (which are angry… hence the title) at the structures protecting those evil egg-stealing pigs.  If you’ve played Boom Blox on the Wii, the game mechanics should be familiar to you, just that this time it’s sideways and on your smartphone.

Oh and did I mention that it’s free?

Yep. Rovio, the company behind the iOS-sucessful game has decided on releasing Angry Birds for free on the Android platform.  The downside of course is that you’ll see ads when you play the game while you’re online, the work around of course is to play your game with your internet connection off :).

Now if you’re looking to download the game, you can head to Roxio’s Angry Birds microsite but it’s getting hammered even as we speak.  So simply click the download link provided below to get Angry Birds on Android now.