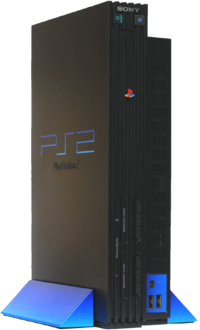 No it’s not a Final Fantasy game. My very first PS2 game was Need for Speed Underground. It’s a game where drifting sucked 🙁

By the numbers, the PlayStation 2 is Sony’s most successful console to date. Though it’s sales are currently dwarfed by the Nintendo Wii, you can deny the fact that Sony won THAT generation of the console wars with the PlayStation 2. But you might be wondering, why are you seeing this post on March 4….. well that’s because March 4th is the Japanese launch of the console 😀

So congratulations to Sony and the PlayStation 2. While the company declares that it’s consoles have a 10 year life-cycle, the PS2 is still going strong. It may surprise you but companies are still producing games for this decade old console. And sales are still up… for console and games alike. So don’t count on the PS2 dying just yet 😀