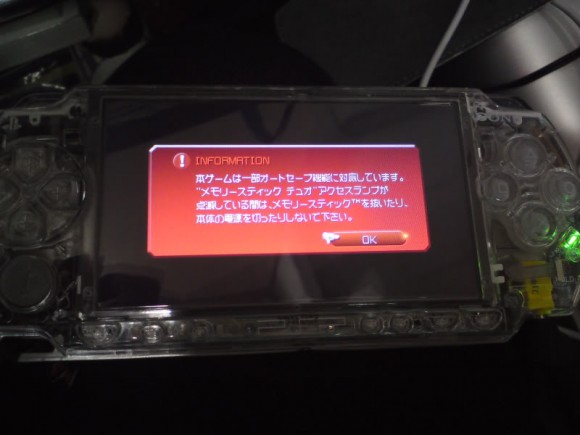 “Well, the meeting now finished and we have shed light on the matter. I have a theory that seems to have been convincing to everyone:

The game itself has no internal protection. His basic decryptable any game, only to be done manually so a 6.20 would make automatic decryptor. Now our problem is something else.

The game has no protection, but a different system stored in the OFW version 6.20. This system is different from 5.00 M33 and 5.50 GEN, and thereby hangs not finding the file or section of code that search, however:

And this why? My theory is that, because the UMD, the game “takes” the files from the 6.20 update the game itself, loading the data from the UMD itself rather than on the flash0. This is because the game does not require access to the Memory Stick Data unless an Install. I think if there is no UMD, although the game is not on the Store, you can change the line of code to access the MS. Everything is centralized in Archivito: System Data.

This file is simple, is the trigger for all charges and saved the game. And one final charge is the fight against a boss, a change in the world, a cutscene … not several protections in the game. The problem occurs when the game “find” the files that relate kept the 6.20, and not find them.

So my theory is this. It should create a plugin rather strange, but already has a predecessor: Anti CFW. This new plugin you have to do is include or emulate the needed files from the 6.20, and should be tried, or that the game creates a UMD inserted to bring those files, or change any lines of code in the ISO in order to restore its load him. And here enters the picture CWCheat, a trick + the plugin would achieve this.

This is only an assumption, but of course copy operation is a mere failure of compatibility. We must either change, or emulate, through a plugin or in the CFW, the files that relate to the saved and loaded the 6.20, some of vsh prx / module of the flash0. With that, the game will have no problem with the loads, and what does this mean? That will have nothing more to protect themselves.

That is, the patch IS READY AND FINISHING, but now you need the game ISO is created that, without the UMD, we are able to read those files from the 6.20. The easiest solution is a 6.20 CFW, but since it is possible for now, a plugin is the best solution. Only work on 5.50 GEN D-3, because we rely on your modules.

PS: In this we must have patience, a lot. This method may seem convincing, is based on our discussions and may not be entirely correct. It is possible that 2ch already have the key, but we think it is, and will try to start the plugin. How can you help? Anti-CFW, we need your code, can be useful if the mechanism it uses. Like the ChickHEN, a shutdown of the PSP is a fused plug, and back to activate it, but is the only solution without new firmware.”

Once the final khbbs patch comes out, I’ll be sure to post an update/download link 😀 Stay tuned!