Home » Torchlight is Diablo on steroids

Torchlight is Diablo on steroids

When I first heard of Torchlight, my very first reaction was “pfffft… not another Diablo clone.” After playing the actual game…. well, the image below describes pretty much what happens: 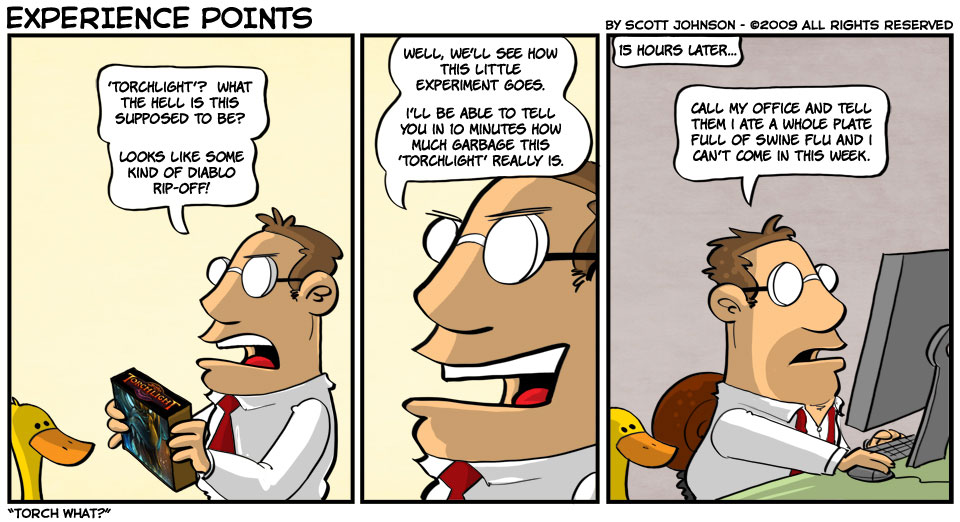 Torchlight does a good job of carrying the Diablo 2 torch of point and click RPGs to a point (well get to why it’s only up to a point in a moment) and improving on the actual formula.

I started playing the game with version 1.0 (yes, the very first release).  It was full of bugs and loaded awfully slow even with a PC that could handle Fallout 3 on the highest settings but more than that, it was addicting.  I have to admit, even with all the gameplay problems, I still stuck to playing the game simply for the fun of it. 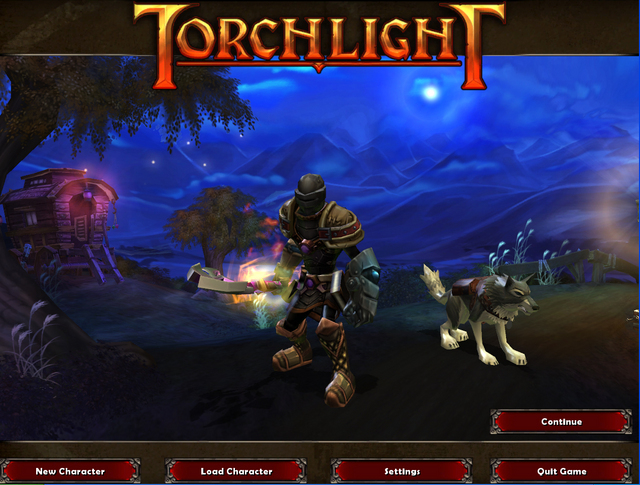 The game, in it’s very core is an amazing diablo clone.  The inventory system, the generation of items, even the simplicity of the gameplay.  It’s all Diablo 2 all over again.  Torchlight however does improve on the system with some very useful additions like using tab for two of your most spammed… err used skills.

You also have a pet to accompany you throughout your dungeon trawling at the very start of the game.  Unlike most games that make use of minions, your pet in torchlight is actually quite useful.  Aside from being able to equip some items (a necklace and two rings to be exact), your pet can also learn spells to cast in battle for offense or support as well as sell your loot without you leaving the dungeon.

Battles are also a treat.  Aside from the much expected eyecandy, Torchlight also does quite well in terms of managing collision, spells and enemy crowds.  Getting mob?  Just hit your best crowd-control skill and watch skeletons fly.  I won’t kid you not when I say that most of the time, I patiently wait till a crowd of enemies to surround my character, letting them chip away at my health that when I right-click on the middle of the mass, I’ll see skeletons and zombies flying away with a single, solid blow. 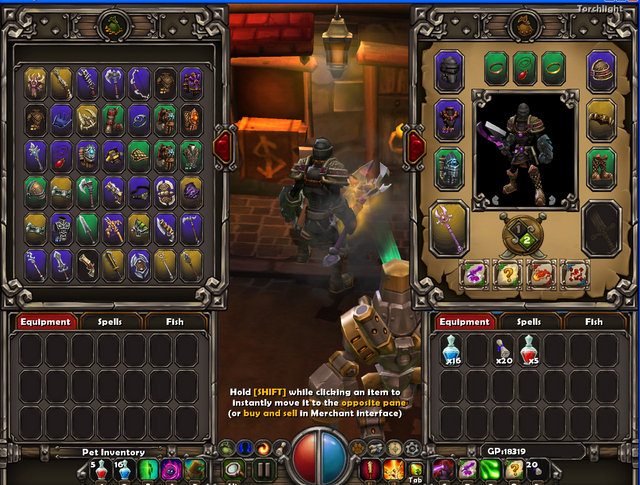 Over time though, Torchlight loses it’s glamour and you realize each stage is actually a mirror of the stage before only you’re traversing it in reverse.  Yes, the game is very much repetitive and it doesn’t do a very good job of keeping your interest doing so.  At floor 20 or so, you’ll probably end up feeling the grind much like I did.

That said, I think it’s because Torchlight doesn’t do a very good job of scaling well with enemies as you progress in the game.  Sure a jump in difficulty should be expected with each new floor (Torchlight stages are floors so…) but the gap in Torchlight is sometimes quite ridiculous that one stage you’ll be crushing enemies with one blow, and down one floor, you’ll end dead after two or three hits because of the much more powerful enemies >_>.  The game’s 1.12 patch fixes quite a bit of the imbalance but later in the game, you’ll still note that it’s still annoyingly there.

Probably the biggest gripe about Torchlight is the ABSENCE of multiplayer.  Seriously, this game was screaming MULTIPLAY the moment I saw the screenshots.  The lack of scaling I mentioned above could’ve been negated (in other words turned into a positive light) if you can have one to three of your buddies jump in to aid you in your mission.  Even PVP is a welcome addition.  As it stands however, Torchlight is meant to be played solo. 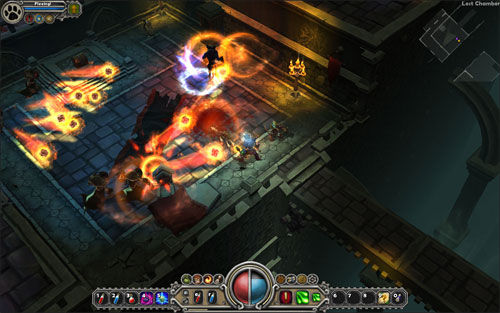 While I have some gripes about the Torchlight, it’s still a very good game.  It’s only $20 too (got it straight from the devs so I got the 1.12 patch soon after it’s release) so you’re getting so much value for your money.  Still, the game could still use quite a lot of polish as it feels like the game’s was release pretty rushed.  The game does play well even on modest systems and there’s even a netbook mode but there’s still much needed optimizations for Torchlight to be even fun on netbooks.  I imagine waiting a full five minutes for the game to load after entering a portal will douse anyone’s enthusiasm pretty quick.  But then again, it’s just $20 bucks…