Online Games has become part of the Pinoy gaming circle every since the Massive Multiplayer Online RPG, Ragnarok was introduced by Level Up Philippines into the wild. Like most of the current games in your favorite shop’s roster, it’s easy to play, appealing to it’s target audience and most of all, it gives players the chance to interact with thousands of players all at once. On a personal level, I think MMOs reinvigorated the video game industry by giving everyone the option of self-leveling (as most RPG nuts like) or party-ing.

Because of it’s popularity though, you encounter many types of people that can either make or break your experience. Here’s my guide to surviving online games but first…

How is Online Gaming different?

The main difference of an Online Game from non-online ones is that most of the characters you’ll be encountering is controlled by an actual person. Sure there will be NPCs (Non Player Characters) like Weapon/Armor sellers that are controlled by the Game’s AI but in general, every ‘person’ you meet has an actual person behind it (please don’t even snitch about bots).

As you spend more time playing, you get to know other players and may eventually win over friends (or enemies) who may then befriend you in real life (the usual case though is that you play with your real life buddies without knowing them at first, not the other way around). With this in mind, the current purpose of Online Games to players, hardcore and casual ones alike, is to provide an enjoyable connection between friends and acquaintances how close or how far they may be and allow them to experience ‘fun’ in the gaming world.

Guidelines on surviving players from an Online Game:

Don’t be afraid to ask

If you’re wondering about something, Ask! It’ annoying when a party member has no idea on what he’s supposed to do but is either too proud or too afraid to ask what to do. Asking your question rather than keeping it to yourself may save you a couple or more deaths.

If you want to know something like “Where can I get X item?” with the number of players, there’s bound to be someone to answer you. Remember that most game-bound information is free, items and in-game currency is another matter however.

Once you’ve overcomed the problem of learning to ask, don’t over do it.

If you ask for something, don’t be angry and pound on the mouse when someone says “No” or ignores you. Generous people on online games are usually very rare.

Even if you’re desperate to get information, to sell/buy an item or even just to get attention, don’t spam the channels (like Shouts, Race Chat, Guild Chat, Party Chat etc). It’s annoying and is bound to get you on the bad side of most players. If you feel the need to get something out, say it once or twice then stop. If someone’s interested in giving you a reply then you’ll get it without you bothering others.

Invitations to join parties and guilds is usually a welcome offer but if you keep pestering people with them you’re unlikely to get a positve answer. If you want to invite someone, do the polite thing and talk to him/her to join up. If he/she is not interested, or they are doing something else, don’t cuss or insult them.

When you are about to do something, especially if you’re in a party, it’s best to alert everyone on it even if it’s just a trip to the toilet. This gives your party members time to adjust strategies and gives them the impression that you’re not just in it for the game. If you need to really go.. just flash “emergency AFK.” You might be the butt end of jokes when you get back but at least your party mates no that you’re not leeching. 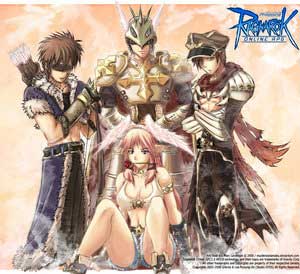 As a newbie to the game, many aspects of it tend to be overwhelming so remember to ask about it. If something doesn’t go your way, don’t be annoyed but rather find your way around it. Remember that half of the fun of the game is learning.

Read up and learn

Sometimes trial and error is simply not enough. If a game is popular enough, you get to see guides popping up every now and then on specific aspects of the game (like mining, upgrading, skills trees, etc) so be sure to update your bookmarks as you go. When reading up though, learn one thing at a time rather than try to get it all at once. It’ll help you focus and get you on the right track slowly but surely.

While I’m not generalizing, most newbies feel the tendency to rely on 3rd party programs ot make things easier, after some period of frustration. This includes bots, auto-clickers, auto-buffers etc.

While this will help you get your character in gear, remember that online games is not just about how high your character’s level is or how expensive your items are. If you’re thinking of using a bot because you can’t find time to play then don’t play the game at all. Believe me, your time will be better spent doing something else than cramming gaming time.

Everybody was a noob at one time or another, even you. When some noob is asking you politely, don’t shove him off but tell him politely that you don’t have time. If it’s a troll looking for a fight, just drop the ignore command or report the character’s name to proper authorities.

Don’t Prey on the newbs or the gullible

An eloquent person can sell the most stupid of sale even if it’s a blatant scam (I can attest to this). Don’t play tricks on newbs and gullible players. It’s both cruel and indicative that you don’t know how to play it fair. This is specially true when it comes to item sales. When you need a quick profit, sell your item just above the regular price. You can bet that it’s much more buyable than a price that’s comfortable only to you.

If you’re in it for the connections, you can stick around the newb zone and answer questions and provide tips. Doing so, you can quickly meet new people and make new friends rather than trying to impress them with your high level character (that works too sometimes). Whether it’s the menus or the system itself, or even just a “What to do in this situation..” question, the newbie will appreciate it very much and will most likely always remember you.

Donâ€™t tell others how to play their characters

As a veteran, you have some idea on how to play your character right and sometimes you see that others are doing it just wrong (from your point of view that is). Even when you just feel like it, don’t tell others how to act and/or how to play their characters. How they play and act is upto everyone, so long as it’s not a nuisance. Imposing your views over everyone’s will, is sure to get you shut out of most groups.

It’s just a game but people tend to take things personal. Yest itâ€™s almost unavoidable (we’re human after all), but when you can, refrain from saying explicit, racial or prejudicial messages when you’ve lost or someone’s annoying you. 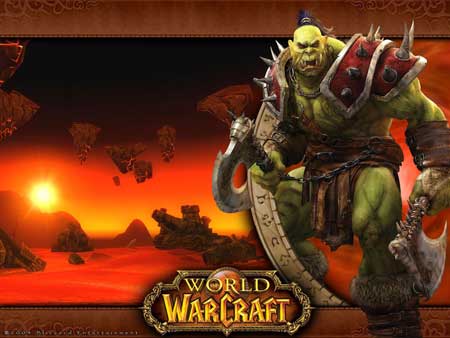