With hundreds of new games each year, it’s easy to forget the classics. Sure new games may be top of the line in terms of graphics but what of the gameplay? Games are not just about amazing effects and realistic physics, there’s a plot, the gameplay, and even some uniqueness that sets it apart.

Over the years, there’s really very few innovations done right in the gaming industry. Sure Crysis has the best FPS engine around but what does it offer that you can’t already find in older games? Sure the story is different but does it play differently too?

Anyways, enough of the rant. Here’s a list of games that you’ve probably never played or even heard before, but should. 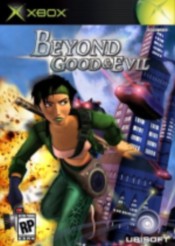 BG & E combines some of the best selling elements genres like action-adventure games and stealth-based one into one amazing package. The story takes place on Hillys, where a mix of human, aliens and others co-exist.

You play as Jade, a journalist from the IRIS Network that attempts to uncover the secrets of the population of Hillys.

The game itself is quite enjoyable with a very interesting gameplay and story line. It’s a smart, yet fresh adventure game with a lot of tried and tested elements and others that’s completely new. If you still have your PS2 gathering dust, why not pop this game and play it. I’m sure you’ll love it. 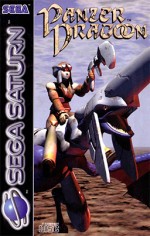 I remember cutting classes (yes, I love games more than school) just to be able to play this game during the High School. If you asked anyone who’s owned a Saturn system, this game will most likely get the most recommendation. You can look it up on Ebay and it’s still sought after item.

Why is it good? Panzer Dragoon is a 3D rail-shooter that puts you on the seat of (you guessed it) a Dragon on an unspecified post-apocalyptic planet where the people compete for land, resources and the technology of the Ancients.

What makes it so enjoyable? Aside from being at the helm of a dragon (face it, every RPG nut has always dreamed of riding dragon-back), was the graphics. Although it doesn’t compare to most of the games now, it’s still a real visual treat.

I never got to play the Xbox game Panzer Dragoon Orta though. 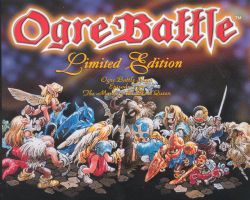 Quite honestly I’ve never heard of this game until a friend recommended it to me just recently. Sure it’s old but when I played it wow! The game was a hybrid real time strategy/turn-based RPG done right.

Ogre Battle has two main modes of gameplay, the world map and the tactical map.

On the world map, the player can manage his characters changing their class, re-ordering them into different units, and erasing them. It’s Sort of like a normal Party/Guild menu where the player can also save and load the game, as well as manage items.

The Tactical map is where the player can deploy units and move them around. Interact with towns and temples which can be conquered providing additional income to the conqueror. Battles also occur on the Tactical Map.

It’s biggest selling point? The unique RPG system and the ability to build up an army of up to 100 characters.

Levels are long though but if manage to play it right they’re both enjoyable and rewarding. I recommend the game because of it’s near flawless game balancing and design. 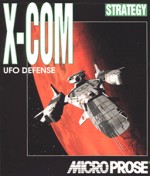 Another oldie but this never left my PCs ever since I discovered it.

“X-COM” is an Extraterrestrial Combat Unit that defends humanity from an alien invasion.

Aside from building bases and handling inventory, investigating crash sites, inventing new weapons, etc you still have to deal with economics. It’s no stock market but by defending countries from enemy invasion, you gain monetary support. Nations may quit, if they find your service unsatisfactory or the aliens took over them.

Got enough of micromanagement?

X-Com’s battle system shifts the game to at tactical phase known as the Battlescape. Here the player commands their soldiers against the alien forces in battles shown in their pixelated glory.

It’s been 12 years and still, X-COM has still to be removed from the list of best strategy games. Although clunky looking, the depth of gameplay, open-endedness and amazing atmosphere makes the game a must play.