With Square Enix starting to release it’s Final Fantasy titles on to the PC, Idea Factory is set to join the Steam bandwagon. 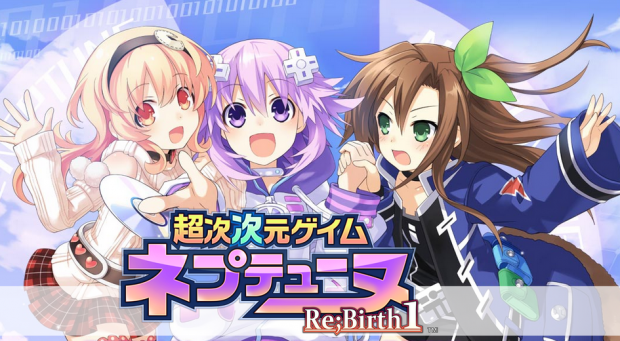 Idea factory has confirmed that the following titles are set for release via Steam:

No word on the release date and pricing yet but it’s great news if your preferred JRPG platform is still the PC.

Embedded below is Idea Factory’s summary for each of the announced games:

In the world of Gamindustri, four goddesses known as CPUs battled for supremacy in the War of the Guardians. One of the CPUs – Neptune – was defeated by the others and banished from the heavens. In her fall from grace, her memories were lost but a mysterious book reveals itself to Neptune with knowledge of all of Gaminudstri’shistory. Joined by Compa, IF, and the sentient book known as Histoire, Neptune embarks on an extraordinary journey across four different nations on a quest to save the entire world!

20XX – Gamindustri faces a dire crisis! Ever since the advent of ASIC – the Arfoire Syndicate of International Crime – morality has all but vanished. As much as 80 percent of all students are rumored to worship a being known as Arfoire, and the authorities have chosen to turn a blind eye to the threat. Basically, Gamindustri is pretty messed up, you guys. Ahem. Thus did Gamindustri fall into complete and utter disarray.

Will the goddesses be able to reclaim their world from ASIC’s grasp, or will they be forced to wander the Gamindustri Graveyard, forever lost?

Long ago, a dreadful war was fought between the Goddess and the Vile God. Equally matched, they created a vast number of special weapons imbued with their godly energy, each containing the life force of a fairy. With the passing of time, the weapons left behind by the Goddess and the Vile God are now known as “Furies,” and the warriors who wield them “Fencers”. Due to their immense power, rumor has it that anyone who collects the Furies will have their wish granted. As luck would have it, a young man named Fang acquires one of the Furies, accidentally becoming a Fencer. He soon rescues Tiara, a fellow Fencer, and this fateful encounter draws him into the ancient battle between the Goddess and Vile God.

You can read the full announcement here.