Aside from announcing the new PlayStation Vita model as well as the 64Gb memory card for the console, Sony has yet another announcement for the portable console as it has confirmed plans for a tie-in with the upcoming release of Final Fantasy X | X-2 HD. 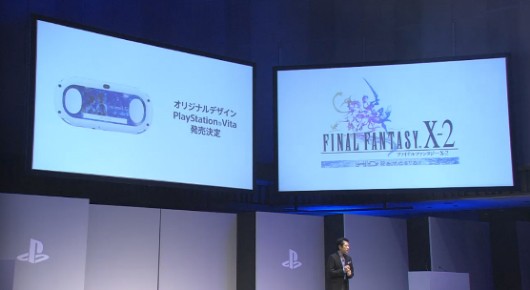 While no clear further details were announced, it’s clear that the HD remake of Final Fantasy X and Final Fantasy X-2, the portable version at least, will be having a console bundle. No word on pricing, release date or the actual contents of the bundle as it was just a teaser but we can be sure it’s going to ship with the new PCH-2000 Vita.