The PlayStation Vita version of Gundam Breaker is set to hit Japan this October 31 as revealed by the latest issue of Famitsu.  The official box art for the game can be seen below 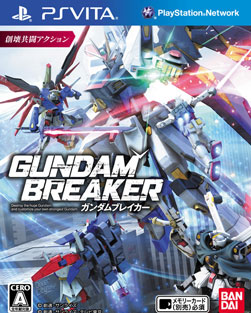 Aside from all existing content from the PlayStation 3, the PS Vita version also includes 30 new missions and a few more bonuses listed below: