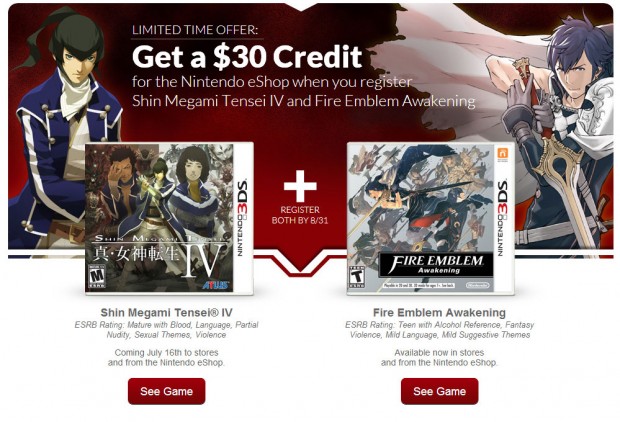 Thankfully Atlus has confirmed that the promotion will be available for both digital and physical copies of both games — the only caveat is that you need to register them to the same Club Nintendo account.

For those who have availed of the Fire Emblem: Awakening hardware bundle, you get an extra step as you need to link your Nintendo 3DS system to your Club Nintendo account and complete the registration survey for Shin Megami Tensei IV.

The promotion is only available for a limited time and will only last until August 31 so be sure to secure your copies and register them (and of course complete the mandatory surveys) to qualify.