Home » Nintendo fans call for Region-Free 3DS And Wii U

Nintendo fans call for Region-Free 3DS And Wii U

One of the main draws of the PlayStation platform for many gamers is the ability to play games that isn’t available in your region i.e. playing Japanese games you imported on your US-regioned PlayStation 3.  Even the PlayStation Vita (and the PlayStation Portable) had a bit of freedom that couldn’t be found in current Nintendo portables as it’s hardware does not limit you on what region of games you can play on your device.

Sure, you can only have one PSN account active at a time (and with a Vita, you have to reformat your memory card each time you switch accounts) but you still have a choice of switching. 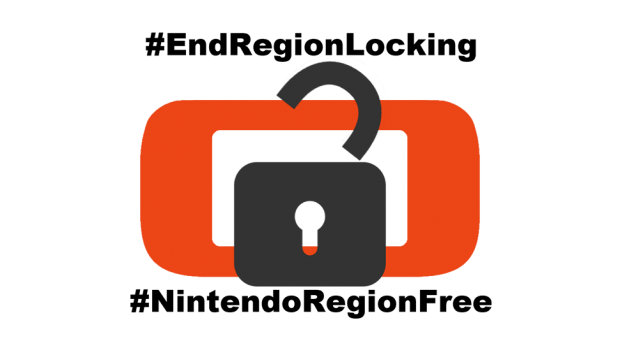 For the 3DS, if you wanted to play Project Mirai, a Japan only release and the US version of Fire Emblem: Awakening, you’d need two separate consoles for those.

Following the successful  #PS4NoDRM campaign, a number of Nintendo fans are flocking to twitter, the Wii U Miiverse and message boards, calling on their beloved company to free their current consoles and make the Wii U and 3DS region-free.  Below are some of the Miiverse art created by gamers across the world as part of this campaign:

Whether the campaign will be successful or not remains to be seen.  Nintendo already listed once via Miiverse when gamers called for Earthboard to be brought to the Virtual Console so there could be a chance that Iwata might make this request come true.