TN-V allows you to install all the CFW goodness found in the PlayStation Portable world onto your Vita.  And yes, you can play PSP ISOs (no Vita games here).  The release of Vita TN-V is a milestone for the Vita homebrew community as it supports ALL current exploits and will support any future kernel exploits that happen to get released. 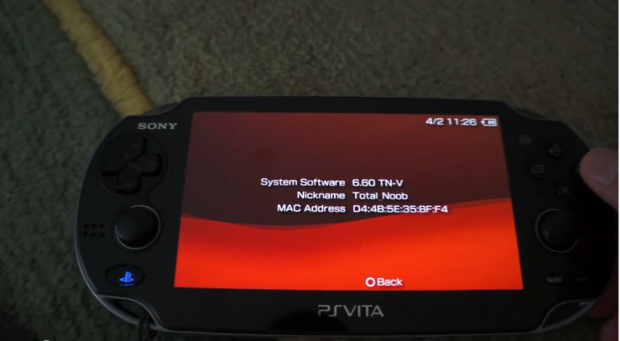 Important Note: This will currently not work with PlayStation Vita‘s updated to OFW 2.06 as the current public exploit doesn’t work on that version.  However, rumor has it that there’s already a VHBL exploit for 2.06.

Some of the features of TN-V include:

How to install TN-V (Note: This requires an exploit to use, TN-V is not an exploit itself!)

Important Note: if you need help installing the exploit you might want to read this first.

Bugs:
If you’ve found a bug, please either contact report to post via Wololo’s forum
If your problem lies on the initializing of the exploit, please tell the debug color which appeared.