This guide is meant to help ease newbies into Monster Hunter 3 Ultimate. If you’re an advanced player, chances are you’ll only need to take note of what’s changed in the game compared to past Monster Hunter games in the series, in which case you can simply jump here. For newbies, please try and take this Monster Hunter 3 Ultimate: Newbie’s Guide to heart as MH is one of those games that take time to learn and a bit of effort to master.

Now with that minor introduction done, let’s get down to the basics. 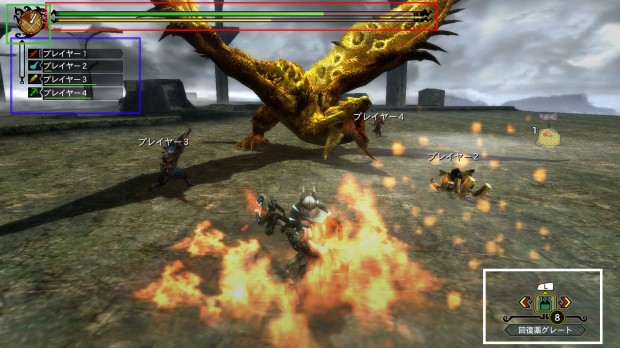 I’ve highlighted the important parts of the UI for easier identification: 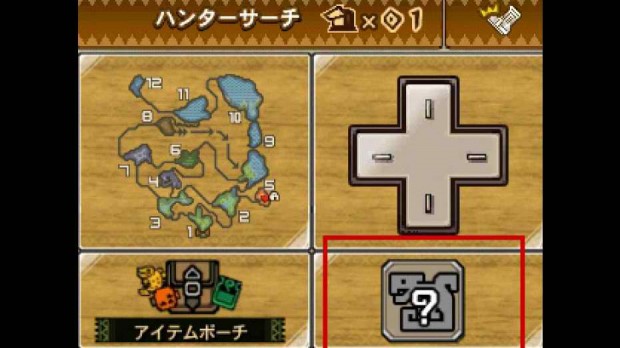 In the full version, the content of the lowerscreen can be customized to your liking.  — will edit in a bit.

Now for the meat of the game, combat. Like most action oriented games, combat in Monster Hunter happens in real time. There’s also no hand-holding like a lock-on targeting system or a pause when you’re accessing your items. Think of it as Active Time Battle in Final Fantasy games or even how you interact with the environment and enemies in FPS games. The only safe zone is the starting area where you can rest, pickup supplies and etc. This sense of urgency (and danger) usually makes or breaks the game for most players deeming it excessively hard or too “old school.” That’s fine. Monster Hunter is a niche game catering to a niche market, if it doesn’t work for you then it’s alright to move on (but usually if you’re just having trouble with a monster, find someone to play with. Trust me, it gets better with more people involved.) 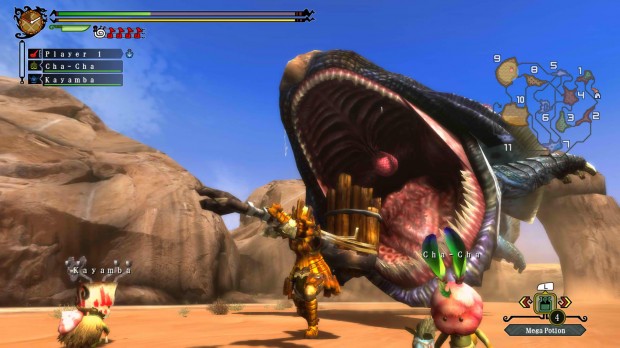 Capcom has recently teased just how much content is in the game and with that comes the number of weapons available in game (you can take a peek here if you want, it’s not much of a spoiler). There are 12 weapon types which you can use and they are listed below:

Luckily the game doesn’t force you to switch to a weapon type if you don’t like it (particularly if your going to be switching from melee to bow since you’ll need a different set of armor as a gunner). There are however, merits to switching to another weapon type arsenal:

That’s not all about the weapons, I stopped short because there’s a lot more than you can discover by playing and trying out each weapon by yourself.

On the defensive side, armor pieces are a bit more inflexible. Sure they give a defensive bonus rendering each hit from the monsters survivable but at the same time, those same pieces gives a boost to a certain skill which you can then augment (or add a different skill altogether) by adding jewels into them. You’ll usually see hunters with a complete set of armor (meaning all his armor pieces make up the same set) as forging sets are the easiest way to gain skills. More advanced players will be equipped with seemingly wildly different pieces of armor but once you check up on their status you’ll find the very reason for wearing them :).

Feel free to experiment and try out different armors and sets – the only caveat is that to be able to forge armors to try out, you’ll need materials and money 🙂 so you’ll end up grinding a few times in your early hunting career. But not to worry, if you’re having problems with the game, that’s where friends come in. 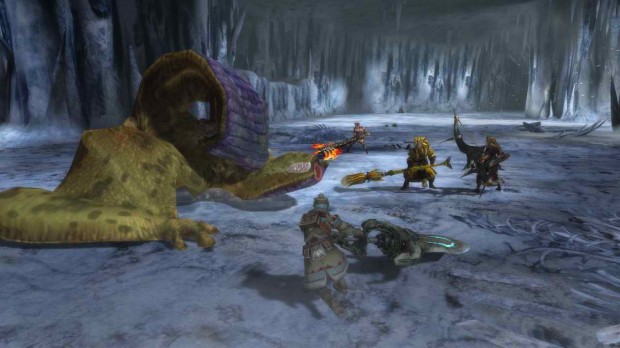 And here is the crux of why Monster Hunter sells (some people will say otherwise but for me and most of the people I’ve met, this is the case). Playing with friends or people you barely know is fun. Sure the game sucks at scaling difficulty (monsters on the solo elder quests are a lot weaker than those on the village quests) for multiple players but hey, it’s still hunting and if you think about it, monsters shouldn’t really be 4x harder just because there’s now four of you hunting — please take note Blizzard.

And there you have it, the basics of playing Monster Hunter. I’ll be adding more to this series of posts so be sure to tune in by subscribing to our RSS feeds or following us on Twitter and/or Facebook. Follow us for more reviews of video games.

If you need more info, be sure to visit our Monster Hunter 3 Ultimate Guides area.