A special, limited edition Final Fantasy Digital Collection bundle is headed for the Hong Kong and other R3 territories courtesy of Square Enix and Sony Computer Entertainment Hong Kong. This bundle includes digital copies of Final Fantasy 1 all the way up to Final Fantasy IX allowing you to play these games via the PlayStation Portable, PlayStation Vita or PlayStation 3 — not all titles are playable on the PS3 mind you. 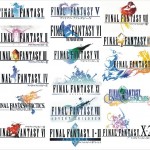 Its not all digital however as aside from games, the bundle also includes a special manual and “Masterpieces” music collection with songs from Final Fantasy I-IX. Other collectible items include the cards which contain the PSN code for each Final Fantasy game which would include an illustration from Yoshitaka Amano.

Sony Computer Entertainment Hong Kong will be limiting the release to only 2,000 units. Though not unprecedented, I’m pretty certain many folks will be turned off due to it’s digital only (for games) nature. It’s hard to put up a collection on display when all you have are the DLC code cards. Not only that, if you’ve managed to snag copies of the Final Fantasy series via the 25th anniversary sale, it’s a hard bargain.

The Final Fantasy Digital Collection bundle will be available for HK$1,188 or $153 and games can be redeemed via the HK (Asian) PlayStation Store.