Great news for holiday shoppers. Both the Xbox 360, Wii (who here still has no Wii at home?) will be seeing price cuts and holiday bundles in the coming weeks. 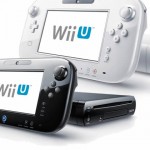 People looking at Nintendo’s offering will be glad to note that a 2012 Holiday bundle is available for $129.99.  This includes:

It’s a pretty enticing offer in itself (especially if you note that the 3DS is also available at this price), the Wiimote will also work if you’re interested in buying a Wii U next month.

For the Xbox side of things, the console itself is still stuck at the same price point but holiday bundles are now available for just are now $249.99.