A new day, a whole new nightmare for Sony as the master keys called Lv0 keys have been leaked and are now doing their rounds in the internet.

For the layman, this simply means that the PlayStation 3 is now open (or if you use Sony’s terms.. vulnerable) to hacking like the PSP. The release of the LV0 key no matter how much effort Sony puts into securing the consoles with system updates, they will never be able to fully prevent people from hacking it again short of physically replacing everyone’s units. 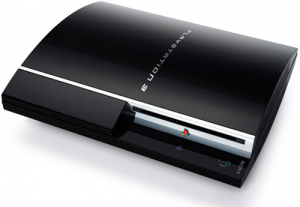 On the lighter side of things, you can expect the homebrew scene for the PlayStation 3 to spike as devs can now fully play with the console’s innards without restriction — here’s hoping for XMBC on the PS3! The downside of course is the expect spike in piracy rates and the detrimental effect of this on online multiplayer (i.e. hacked lobbies and servers, etc) and likely even on the PSN Store.

For more backstory, read up on Eurogamer’s post on the matter quoted below:

We’ve been here before of course. Over two years ago, the first piracy-enabling firmware and USB dongle combo – PSJailbreak was released, which exploited a weakness in the PS3’s USB protocols, allowing for the system software to be patched in order to run copied software running from hard disk. This was followed up some time later by the release of tools from hacker group fail0verflow, which allowed users to encrypt files for the system in the same way that Sony does, allowing for a new wave of piracy. Geohot’s public release of the “metldr” root key also added to the challenges facing Sony, resulting in a messy legal battle.

The firm’s response – firmware 3.60 – plugged many of the holes, neatly working around the entire root key problem, and even with the release of the new custom firmware, any console running system software 3.60 or higher is effectively locked out. Only hacked consoles, or those still running 3.55 or lower can run the new code unless expensive, difficult-to-install hardware downgrade devices are utilised on older hardware.

Despite the effectiveness of firmware 3.60, PS3 has still had to contend with piracy issues, notably the JB2/TrueBlue dongle, but this hack still locked consoles to 3.55 and stopped compromised consoles gaining access to PSN – until recently at least, where the “passphrase” security protocol protecting PSN was leaked, giving hacked consoles full access to the service.

Sony has yet to respond to the news but there’s little doubt that there’s going to be a set of system updates for “stability” in the near future.