Seems like Square Enix is set to celebrate Final Fantasy’s 25th anniversary as they’ve put up a teaser site for the event. 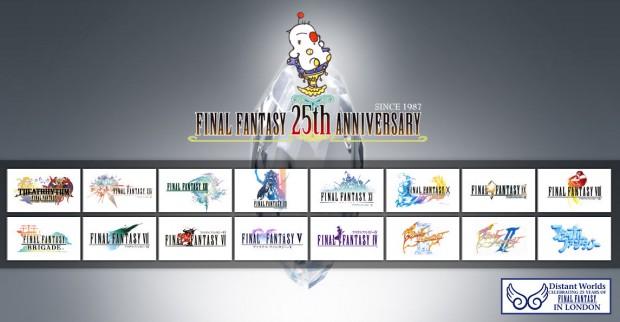 Currently, all that the teaser site has are links to all current Final Fantasy games that can be identified by numbers, Theatrhythm Final Fantasy and Final Fantasy Brigade.  Other than that there’s a special page for the 25th anniversary concert that will be held in London on November 2.  More info on this page.