K-On! fans waiting for a Dreamy Theater like release for the Sega’s K-On! Houkago Live! can now rest easy. Nope, it’s not an HD-fied game like Sega’s first venture into the PSP plus PS3 genre, this time, the HD version of the game will be a standalone copy up for Sony’s Remasters program. 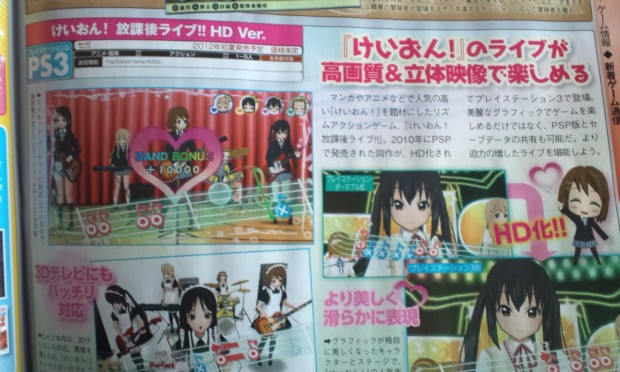 K-On! After School Live!! HD Version will be released in early summer as revealed by this week’s Famitsu. Like the remaster version of Monster Hunter Portable 3rd, K-On! Houkago Live!! will share game save data with the PS3 version. The game will be available via the Japanese PLAYSTATION Network. An official announcement of the game is expected to come out next week.