Gravity sure took their time rebuilding the follow-up to their wildly successful MMORPG, Ragnarok Online. 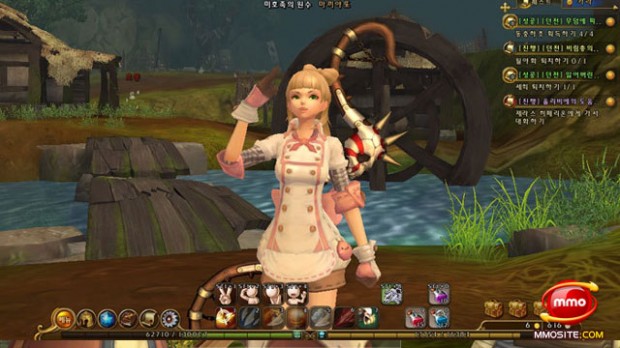 Back in 2007, the Korean MMO house released an open beta build of RO2 to the Korean market.  The universally panned for numerous reasons and Gravity decided to go back to the drawing board and rebuild the game from the ground up.  The new version of the game, Ragnarok Online: The Legend of the Second, is now powered by Gamebryo (the same engine powering Bethesda’s hit games like Fallout 3, Fallout NV and Skyrim) and sports a whole new different job and leveling system.  Ragnarok Online fans may want to start looking out for groups willing to work on a translation patch soon.

Fans of the original Ragnarok Online MMO (and those still playing it) will be pleased to know that Gravity has ensured that the sequel will have maps, monsters, items, etc that will make you feel right at home (or at least make the game familiar enough to warrant a decent play through).

Gravity has announced that Ragnarok Online 2 has been licensed to 10 countries, and the localization work can start at any time.  As of press time however, the list of countries to be included in the first release wave has not been made public.

Ragnarok Online 2: Legend of the Second will go into open beta in South Korea, starting on February 22nd.