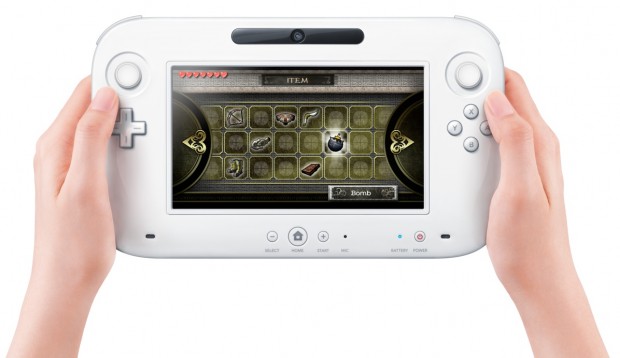 Nintendo president Satoru Iwata has unveiled the first few details about the Nintendo Network, an upcoming online service that will compliment the Wii U in the same manner as Xbox Live and PSN.

Iwata’s statement regarding the Nintendo Network is as follows:

For the Nintendo 3DS and the Wii U, we will push forward to make the software compatible with Nintendo Network.

The “Community” matches of “Mario Kart 7” that I have just referred to is one example. As for the sales of downloadable add-on content, “Tobidasu Pricla Kiradeco Revolution” (Japanese title), which Nintendo has already started the download sales to the owners of the Nintendo 3DS, is the first title for which consumers can purchase and download add-on content. We will make available the downloadable add-on content for this Nintendo first-party digital download title in the near future. As for the download sales of add-on content for packaged software, it is expected that “THEATRHYTHM FINAL FANTASY,” which is scheduled to be launched on February 16 by Square Enix Co., Ltd. is going to be the first software title for which applicable music will be sold by Square Enix as downloadable add-on content. While we are on this subject, when we discuss anything relating to add-on content, our remarks are very often reported by the media by their attaching such modifiers or notes as “the ones used for social games.” Please note that Nintendo, as a software maker, does not plan to deploy businesses where our consumers cannot know in advance which item will appear as the result of their payment and they have to repeat the payments and, before they know it, they end up spending a huge amount of money in order to obtain the items they originally wanted to purchase. As a software maker, Nintendo believes that its packaged software should be sold to our consumers in a form so that the consumers will know in advance that they can enjoy playing the software they purchased just as it is. We believe that our consumers will be able to feel more secure if we offer our add-on content as an additional structure in which those who love the game will be able to enjoy it in a deeper way for a prolonged play time.

For the digital sales of the content, we are also considering the future possibility of digital distribution of packaged software, which is often referred to as “software download sales.”  This concept was built into the design of the Nintendo 3DS, and we already have the necessary infrastructure. We will prepare the same infrastructure for the Wii U. However, we have not decided the concrete timing of when we will start it. The decision must be made by taking into consideration such factors as the relationship with the wholesalers and retailers, and the best way to be embraced by consumers, as well as the environment surrounding the market and consumers, such as the required memory capacity on consumers’ SD memory cards. However, as an option for the future, the significance of this business field will increase.

Also for the Wii U, we are planning to introduce a personal account system compatible with Nintendo Network. With this, for example, the ease of using a video game system when the hardware is shared by multiple family members, which has been a challenge we needed to tackle, shall be improved, and we will also be able to construct and offer the system by combining a variety of different services and content.

Whether it’s our first-party titles or third parties’ titles, for a number of games, we will actively attempt to achieve compatibility so that our consumers can enjoy our online services that we will deploy under the name of the Nintendo Network.

The full text can be found here.

Iwata’s announcement has pretty much given a succinct overview of the Nintendo Network.

Personal Accounts for Wii U – The Wii U will have a “personal account system” compatible with the Nintendo Network similar to how the PS3 handles multiple users.

Paid DLC & Digital Content Distribution – Publishers will be able to utilize the Nintendo Network to release and/or sell post-release DLC for both the Wii U and in the future, the 3DS — ala XBox Live MarketPlace and the PlayStation Store.  Iwata also hinted that Nintendo is exploring the idea of selling full games via the Nintendo Network, something that competing consoles have been doing for a while now.

NFC integration – Now aside from merely catching up, Nintendo is hoping to make things a lot more convinient for users by banking on the Near Field Communication built-in to the Wii U’s controller.  For the uninitiated,  NFC is a technology allowing for instant payment authorisation, among other identity-confirming uses, used by MasterCard PayPass among others.  Of course aside from using it for purchases, the NFC chip can also be used by developers to add a new control paradigm to games and applications for the Wii-U, something that Iwata noted in passing.

Given the right attention, the Nintendo Network has the potential to give the PS Store and XBL Marketplace a run for it’s money.  Of course for those of us already invested in competing services, the question remains as to whether or not Nintendo will be able to usher offerings that will sway people to switch or at least subscribe to the Nintendo Network.