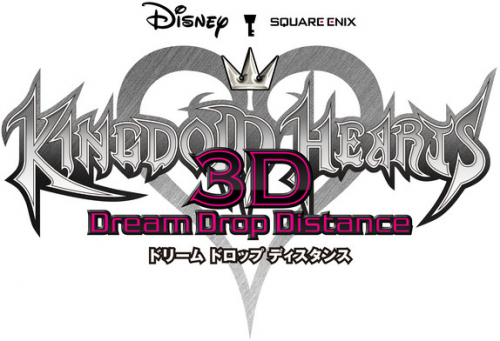 “With the tenth anniversary of the series on the horizon, the current Kingdom Hearts saga is approaching its climactic conclusion. The story of this game will serve as the opening chapter of the final conflict, and, as always, will be full of surprises. In order to best implement this element of surprise and discover new realms of possibility, we have chosen Nintendo 3DS as our platform. With its revolutionary new game system, this title will not only be a bold, exhilarating tale of adventure, but also a first look into the future form of the Kingdom Hearts series,” said Tetsuya Nomura the director of Kingdom Hearts 3D: Dream Drop Distance.

For those who aren’t familiar with the Kingdom Hearts franchise or are abit lost as to where KH3D’s storyline takes place, director Tetsuya Nomura explains that Dream Drop Distance is “the opening chapter of the final conflict” in Kingdom Hearts. The game stars Sora and Riku to become Keyblade Masters on orders of King Mickey (orders? Mickey? That doesn’t feel right). As with previous KH games, your journey will include battling through Disney-inspired alongside Disney and Final Fantasy characters.

No word if the release of Kingdom Hearts 3D will have an accompanying limited edition Nintendo 3DS or even a limited edition bundle like the Zelda: Ocarina of Time 3DS bundle so keep your wallets close.

Kingdom Hearts 3D will launch for 3DS next year.  Haven’t seen the trailer?  Watch the video embedded below: