Hurrah! I now officially have less free time on my hands. Thanks to IdolM@ster 2. 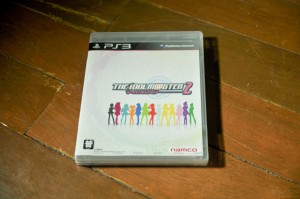 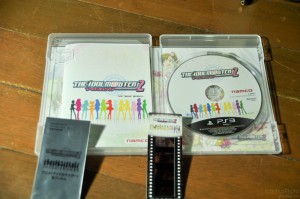 So what’s idolM@ster all about? You play as a producer of 765 Productions and get to pick three of nine (three girls are usable only in some modes, while two other girls are “bonus” characters) girls to train, produce and raise to stardom. It might sound simple from the basic description but the truth is, it’s quite a challenging game. I failed a few times and had to restart my progress because of several BAD decisions (:(). To sum up the game, it really is a production simulator as you have to keep track of your idol unit’s standings, sales, how you do events in each region, etc.

You have to play it right the first time, every time.

Each bad decision will cost you (trust me… I ended up with the bad ending easily :/).

I’m currently on my second playthrough (My first unit, Miki, Hibiki and Makoto didn’t make it :() and I’m hoping to get it right this time (but it’s not likely… ).

The game isn’t for everyone, it’s an otaku game after all (so yes, it’s about girls, but definitely a game made for the male populace). There’s no localization (or plans for it as per Namco) so you need to understand the Japanese Kanas and a bit of Kanji to play the game competently. And lastly, you’re a background character as this game centers about the idols, not you, the producer. Ritsuko is an exception because she’s a producer AND joins Ryuuguu Komachi as a part-time idol.

PS: Sorry if this post got waylaid. Judging from my introduction above, yes, you can tell that I’m a fan of the series. I’m following the anime and have been waiting for the game to come over to the PS3 as it was earlier an Xbox exclusive. I’m so happy to have found a local seller (thanks Homer for referring him to me) that has stocks of the game :).

Personally I would have opted for the Idolmaster Special Box but it’s a pricey investment ($250). The standalone game’s price is quite hefty already (thanks to the Yen’s strong economy and the US dollars weak value) so I’ll just have to make do with what I can afford.

To reward you from your efforts in playing this idol production simulator, there are several “fanservice” modes in which you can spend your time with your idols. If you have the standard game like me, you can enjoy the Stage4you PV mode. It lets you pick your idols, dress them up, pick a song and watch them perform it on stage. If you have the Limited Edition box then you can play the Gravure For You! mode.  The images below should explain what it is: 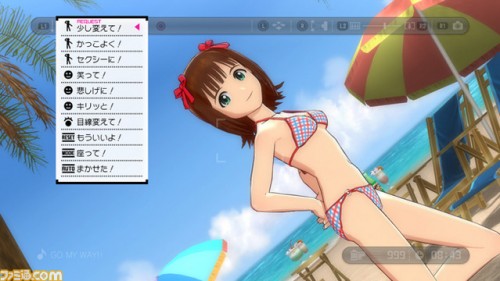 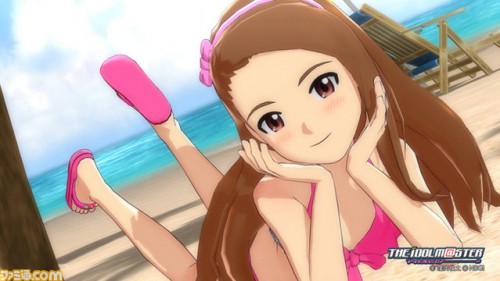 Got your attention yet? 🙂

Again, the game isn’t for everyone but if you do decide to purchase it and learn to play it, it’s a rewarding challenge.