Die-hard diablo fans, get your wallets ready. Blizzard has officially unveiled the collector’s edition for the upcoming, highly anticipated installment of the Diablo series. 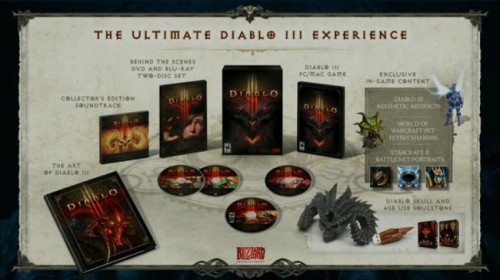 The collector’s edition lives up to it’s title as it’s stocked with goodies for people willing to pony up extra cash:

As for price, the Diablo III Collector’s Edition will be available for $149.99. Again no release date has been announced but Blizzard did give us another cinematic: