Capcom is covering all it’s bases it seems as it’s biggest franchise comes to the Nintendo 3DS.

The new MonHun game is dubbed as Monster Hunter 3G. Following Capcom’s naming convention, MonHun 3G will be an expanded version of Monster Hunter Tri, the game which, much to the chagrin of PS3 owners which was released on the Wii.

Some info on Monster Hunter 3G are as follows:

And yes, since this is based on MH Tri, the respawning resources are back (yay)! 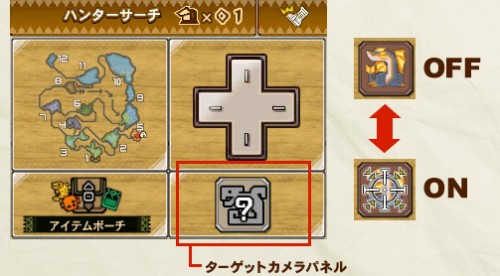 What that screen does is allow you to switch between the L trigger’s functions between default or facing the target monster of the quest.

The effect is shown below: 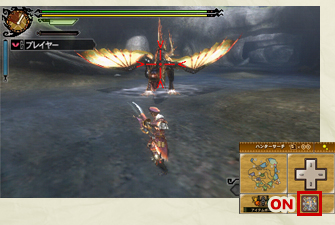 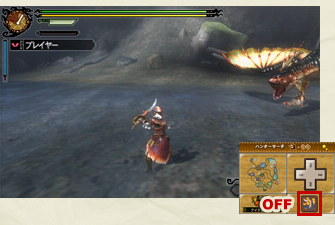 My reaction? THIS CHANGES EVERYTHING! It will be a HELL of a lot easier to tame the camera (imagine playing MHP3G on the PSP Go :/). Will it take something out for new players to experience? Not really because it’s just an option. If you want to play things the old fashioned way you can simply ignore it. If you want to gameplay to be a bit easier, then use it. The bottom line is, it’s optional.

Taking notes from P3G, you now have two companions, the first is Cha-cha, the original companion in MH Tri and Kayanba, Cha-cha’s rival. No backstory has been revealed but we’re bound to find out that out from the game.

No Monster Hunter game would be complete without a main monster. With 3G, it’s the “Brakidios” (or Black Dios from other people’s romanji… we’ll have to wait for an official announcement) and he looks like this: 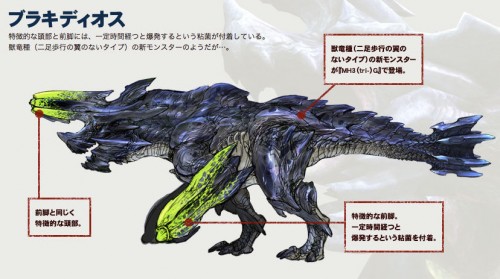 Monster Hunter 3G’s setting takes place in a new town called Tanzia Harbor, an oasis for sea goers. Not much information about the online mode or the multiplayer lobby has been released as of published time. 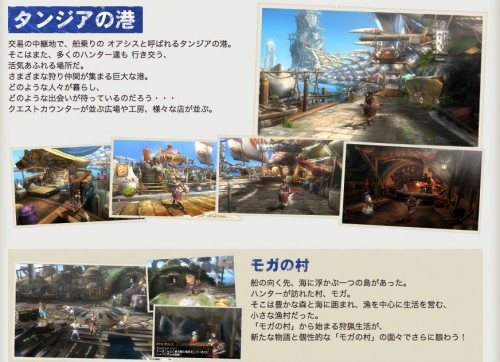 Ok that about wraps it up, I’ll be pushing another post for Capcom’s peripheral for the game called the slidepad as more information about it comes out. In the mean time we can bask in these information for awhile. With all the hype, I was really hoping they’d announce that you can play it with the Wiimote and the sensor bar but that’s probably asking too much :). I am however, interested as to how the MonHun 3G will benefit from the Nintendo 3DS‘ stereoscopic 3D feature. More headaches for the player? Probably.

Vita fans don’t despair, Capcom is most probably working on a P3G port for you (or us since I’m one of you guys :)).