Freeters can now legally play StarCraft II: Wings of Liberty without forking cash as Blizzard launches StarCraft II: Starter Edition. As with World of Warcraft, all you need is a Battle.net account and a working Internet connection to play the game, well some of it anyway. Just like the free edition of WoW, there’s quite a few limitations to SC2’s Starter Edition.

As for the cons? Free accounts don’t have access to versus and co-op matchmaking, most custom maps, chat channels, and the party system. If you’re looking to a create a map, the Starter Edition gives you access to most of the Map Editor’s features, excluding the ability to publish maps to Battle.Net

If you’re just interested in watching replays then you’re in luck, the free account will allow you to watch StarCraft 2 replays. No neet to resort to installing a patched copy of the game ^_^. 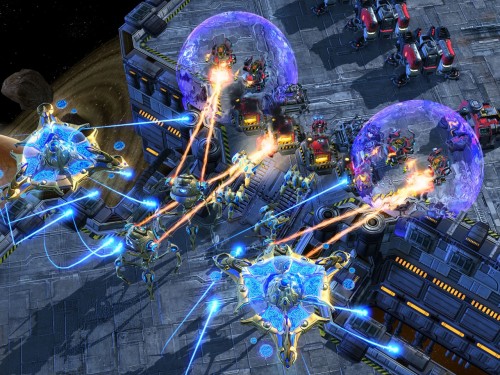 Here’s the full FAQ for your convenience:

Q. What’s included in the StarCraft II Starter Edition?
A. The Starter Edition gives players access to the first three campaign missions on Mar Sara, and then gives the player the ability to choose a fourth mission — either the first mission offered by Dr. Hanson or the first mission offered by Tychus Findlay in the campaign. Players will also get access to a pair of Challenge Missions, a selection of multiplayer maps, and a custom-game map. The multiplayer and custom game maps available may be cycled from time to time.

In addition, Starter Edition players can earn achievements within the available content; can view profile, ladder, and achievements pages; and can access many functions of the map editor.

Q. Can I play a match with other players who have the full game? Can I create a match with a friend?
A. Yes. StarCraft II players with a full game license can join a custom game on the Starter Edition maps to play with Starter Edition players. You may play matches with friends by simply creating a custom game on a trial map and using the game invite functionality to invite friends to the game.

For more information, just head over to the Starter Edition page here, or log in to an existing Battle.net account.