With the Nintendo 3DS off the rumor mill and into the gaming market, Nintendo has opted to drop the price of it’s elder brother, the Nintendo DS lite to just $99. The second iteration of the best-selling console ever is going to get it’s much deserved price cut starting Sunday, June 5th. 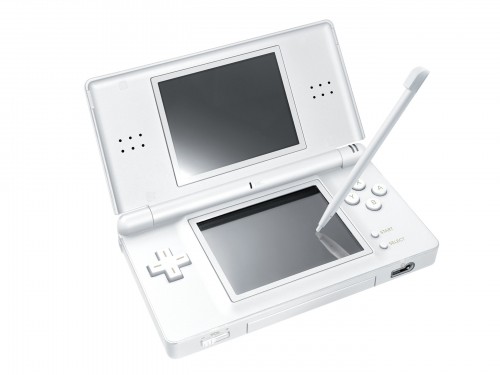 Is it worth getting a DS Lite for $99? ABSOLUTELY! Sure, you’re going to miss out on the nifty things that the DSi and the 3DS can do but at least you still have access to the entire library of DS games.

In line with this announcement, Nintendo is also set to pack six popular Mario DS games for those of you who haven’t bought a DS yet, making the decision to jump onto Nintendo’s portable console ship a bit more enjoyable. Here’s the list:

Now why is Nintendo doing that? To pave the way for the announcement for the Super Mario 3DS of course :). Below is the official press release:

REDMOND, Wash.–(BUSINESS WIRE)– The portable Nintendo DS™ Lite system is getting a new suggested retail price. Effective June 5, the system will be available at a suggested retail price of just $99.99 in the United States. The Nintendo DS family has become the best-selling video game system in history. More than 48.9 million systems in the Nintendo DS family have sold in the United States alone. Also in June, six Mario™ games for Nintendo DS will receive new red packaging, making it easier than ever for consumers to identify these hit titles in stores.

“From the moment it launched, Nintendo DS Lite hit a sweet spot for consumers in terms of value, experience and fun,” said Nintendo of America President Reggie Fils-Aime. “This new price point will introduce Nintendo DS Lite to even more consumers, and the new red packaging will make it easy for them to find their favorite Mario titles.”

The six Mario games that will begin sporting the new Mario-red packaging in June are New Super Mario Bros.™, Mario Kart™ DS, Super Mario 64™ DS, Mario & Luigi™: Bowser’s Inside Story, Mario vs. Donkey Kong™: Mini-Land Mayhem! and Mario Party™ DS. These games represent some of the best-selling fan-favorite Nintendo DS games of all time, and demonstrate the well-known “evergreen” sales trend of Nintendo games. Their total U.S. sales through the end of April 2011 according to the NPD Group are as follows:

Mario is one of the most beloved video game characters and the top video game franchise of all time. Thirty-one Mario games have topped sales of more than 1 million units since 1995, more than any other franchise. Through the end of March 2011, more than 262 million games in the core Super Mario™ series have sold worldwide.