Nintendo releases a new DSi firmware update for it’s Nintendo DSi portable console. According to reports from the hacking community, DSi firmware version 1.4.2 for US/EU (1.4.2a for Asia) blocks known flash carts, all known including the Acekard 2i, EZ-Flash Vi, and Supercard DSTwo. 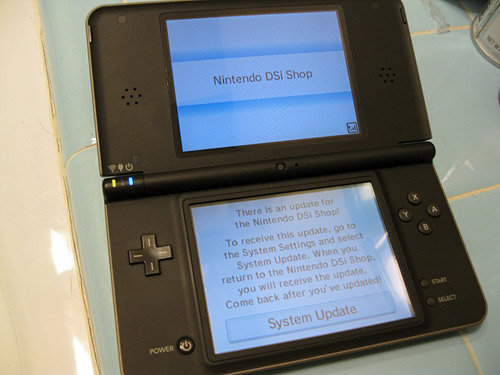 In response, flashcart manufacturers have begun releasing updates for their wares. For instance, R4iDSN claims it already has a bypass in the works and will release a patch this week. The team for CycloDS iEvolution claims that their CycloDS flashcart still works despite the new firmware.

Expect more updates from other manufacturers in the coming days.

As for 3DS users using flashcarts for homebrew, loading games, etc, expect a new firmware from Nintendo to block such activities. Of course, there’s still the rumor of the 3DS killswitch for you to worry about.