PSP Coder Frostegater has released a permanent patch for Total_Noob’s 6.20 TN-E.  Previous attempts at porting 6.20 TN-D‘s permanent patch onto 6.20 TN-E resulted in bricks, something that Total_Noob himself confirmed. when he released the latest build of his 6.20 TN HEN.  For the uninitiated, the 6.20 TN-E Permanent Patch will allow you to install you the 6.20 TN-E (HEN) into internal flash and every reboot the Homebrew enabler will be installed automatically into your internal flash.

Important Note: The permanent patch touches flash0 on your PSP so it’s not recommended to install it unless you know what you’re doing.  Reports are already in of people confirming bricks, if you need a safer solution, you may want to look at 6.20 Pro-B5. 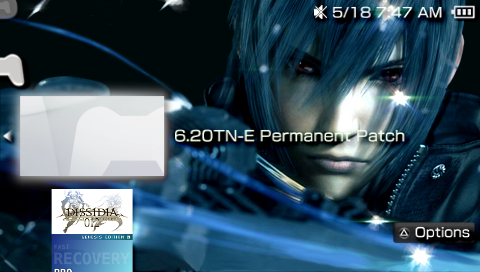 How to install the 6.20 TN-E Permanent Patch on your PSP

If your PSP doesn’t boot:

If everything goes smoothly, you should now have 6.20 TN-E with the Permanent Patch installed.