You got to love Nintendo’s way of selling you more Nintendo DS consoles. It’s no wonder why the DS became the best selling portable console.

In celebration of their twin smash hits Pokemon Black and Pokemon White on the DSi, Nintendo has announced that both games are getting their own respective DSi bundles. In Japan at least. 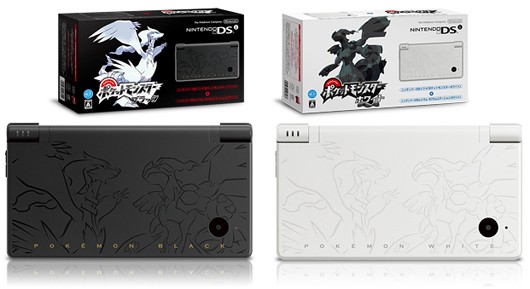 Unless you’re color blind, if you get the black system, you get a bundled copy of Pokemon Black, while the white system will net you a copy of Pokemon White. Isn’t it great the that Nintendo is giving away free DSi games for just buying their systems? 🙂

Both Pokemon Black and Pokemon White have remained at the top of the Japanese sales charts since release and could cross the four million mark over the next couple of weeks.