Portal fans can revive their “cake is a lie” mantra. Valve has formally announced Portal 2 and will be shipping the game will ship in the “coming holiday season.”

Valve, creators of best-selling game franchises (such as Left 4 Dead, Counter-Strike and Half-Life) and leading technologies (such as Steam and Source), today announced Portal 2 for shipment this coming holiday season.

Portal 2 is the sequel to 2007’s Portal, which won 70 industry achievement awards.

You’ll note that there’s a number of underlined letters. When put together, it spells “drattmannh0nee.” What that means however is still yet to be seen.

Here’s the back-to-back cover for the April Issue 😀 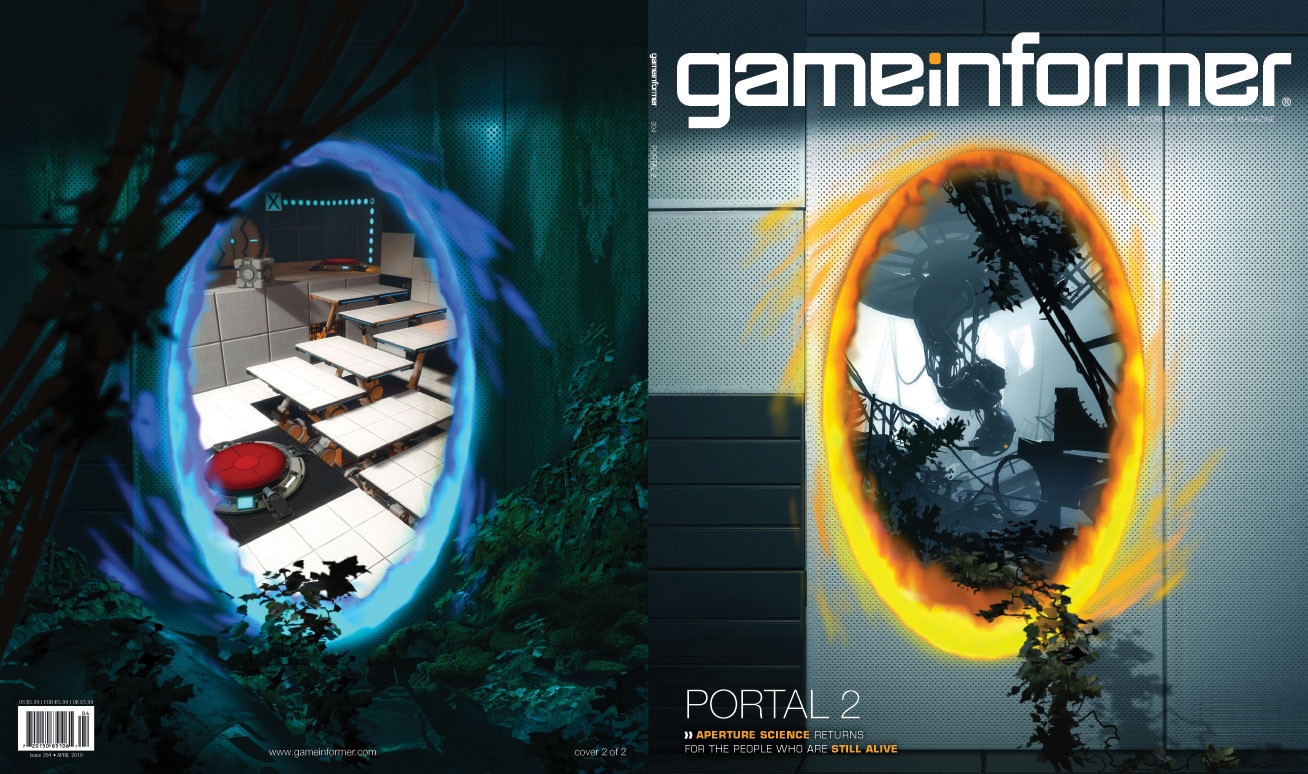 No other info has been unveiled yet except for the fact that Portal 2 will get coop and multiplayer support (GOOD LORD THAT’S NICE!) so I guess we’ll have to wait for GI’s April release. Takers anyone? 😀