Home » Dead or Alive heads to the PSP.. in bikini

Dead or Alive heads to the PSP.. in bikini

Taking the ropes from Dead or Alive Beach volleyball, instead of battling it out with other DoA characters, you get the dating sim game with tons of fan-service via bikini-centric mini-games (beach volleyball, pool hopping, poker, photography, gift-giving and the like)….. Nosebleed much? Tecmo promises paradise in the palm of your hand.. unless you missed that from the title of the upcoming game (yes it’s called Dead or Alive Paradise). Ummm OK. The gist of it is that we’ll be getting another PSP game.

If you haven’t seen any of DoA’s spinoff games, all you’ll be doing with Paradise is to pick your DoA girl of choice, play mini-games with her, earn points, buy her stuff, take pictures of her (with which you can brag off to your other PSP buddies) and buy her more stuff. Mini games range from beach volleyball, pool hopping, poker, etc…

“You’ll also be able to snap candid photos of your giggling beauties in their beachwear which you can store in your very own private photo album and collect ‘Venus Clips’ to enjoy later,” the seemingly shameless Tecmo company added. “It’s all on-the-go, and all in the palm of your hand. Take your girls anywhere. Play with them any time.”

So half-way thru the post and I still couldn’t believe that we’re getting a gal-game (a Japanese term for what’s effectively a dating sim) until I saw the screenshots. Here’s the full set: 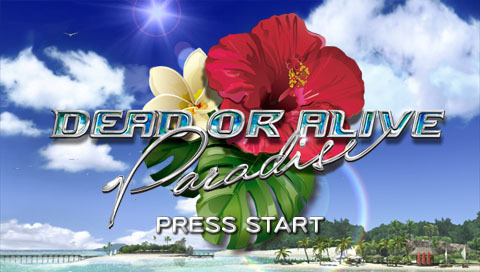 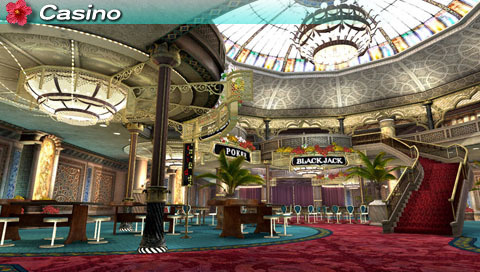 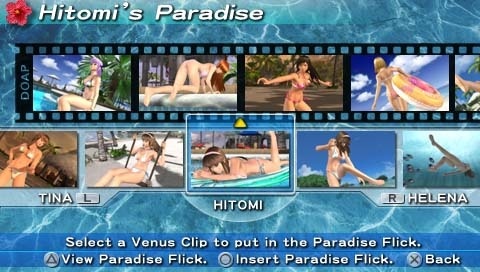 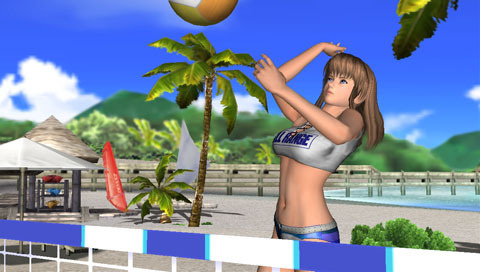 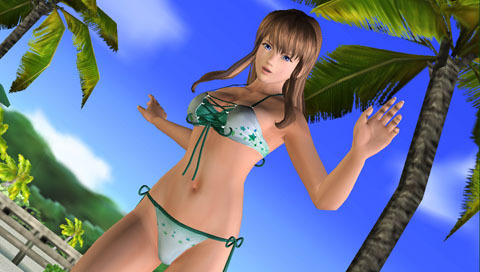 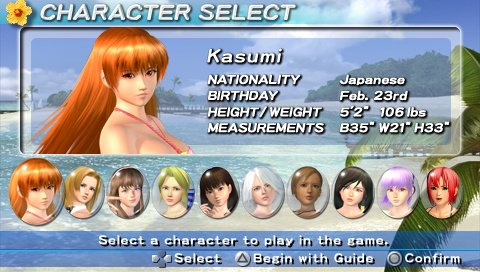 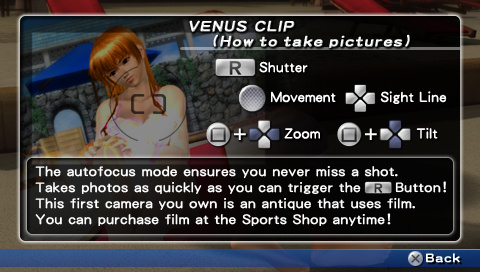 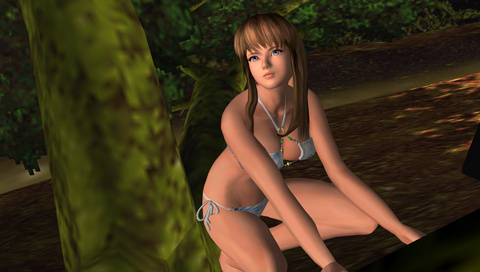 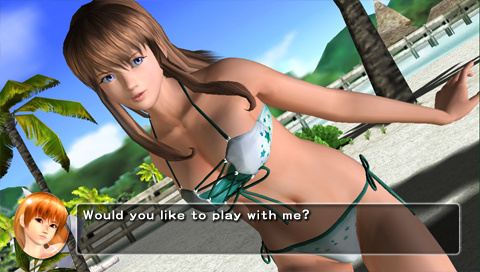 Ok so that really proves it. I’m gonna put this title under my “to-skip” list but I’m pretty sure some of you guys will pick it up for the lulz or more.