I know, I’m late. Dragon Age Origins was released by Bioware in the 4th quarter of last year and it’s been hailed (depending on who you listen to :D) as the current epitome of RPG games (I’m pretty sure some folks will chime in Final Fantasy XIII is that game but as I said, it depends on who you listen to). 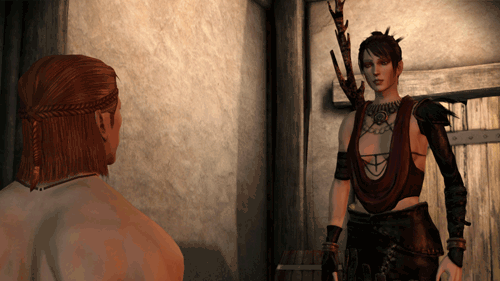 I’ve been restraining myself from reading reviews, guides, etc about Dragon Age:Origins (DA:O for short, repeating the whole title over and over again is so SEO >_>) but from what I’ve garnered, it’s like past Bioware offerings. Deep, intriguing, exciting and time-consuming.  From the get-go, DA:O feels as much as an old-age RPG should.  It feels like NWN all over again (at least for me :D).

Now as for my current progress in the game, I’m already past ten hours into the game and I still feel like it’s just the beginning although that’s probably from being spoiled about what’s going to happen after Ostagar.   Damn it Gamesradar 🙁

I guess posting a game review at this late into the game’s lifetime doesn’t make much sense so I’ll be doing a conclusion post of some sort once I finish the game.

In case you’re wondering, currently playing will become a regular part of Atma Xplorer’s posting schedule. 😀  I have a few games on my PSP that I’m still/currently playing but I haven’t decided which one to post about.  I guess it’ll be Hatsune Miku’s Project Diva first.  Please look forward to them 😀