I’m not a big NFS fan but I’ll admit that I’m a stickler for racing games so when Need for Speed Shift (for the PSP) came out, I decided to take it for a spin. Here’s a review of the game… 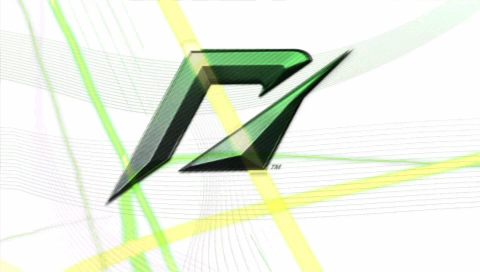 What? A review? Already? Yep. That’s pretty indicative of the game’s length isn’t it?

A product of EA’s brightlight studio, Shift feels and progresses pretty much like an arcade version of the game. Like all NFS games on the PSP, Need for Speed Shift is visually stunning on the platform. Things are pretty simple and straightforward so you’ll be able to jump into races pretty quick but unfortunately that also means your options are pretty limited but I guess that’s to be expected. Shift is not meant to be a race simulator but simply a fun racing game. So is it fun? Well I’ll leave that decision to you.

Instead of purchasing upgrades for your cars, you unlock them with loyalty points. While the system was a blessing at the start of the game, overtime things became too bland pretty quick. So yeah, the simplicity of the game bites you really quick. You see, loyalty points are awarded to you by using the same car over and over. You have no control over what parts you get for free nor options on what parts you get to install. And how do you get more cars under your belt? By beating rivals of course. Then the whole process repeats itself of you maxing out the upgrades then beating your rivals and changing cars. Shift became too monotonous far too quickly. 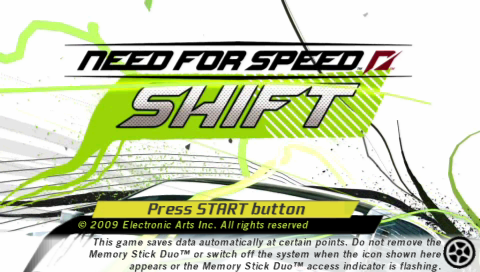 As for the race tracks, it’s pretty much a hit or miss. Some stages are golden like the ones in Shizuoka while others are a disaster like Paris (a drift competition in a track with a narrow lanes with 90 degree turns? SERIOUSLY?). One thing you’ll note as you progress though is that how often you get to play each course. The number of courses for NFS Shift is pretty limited so yeah, it gets old really quick. 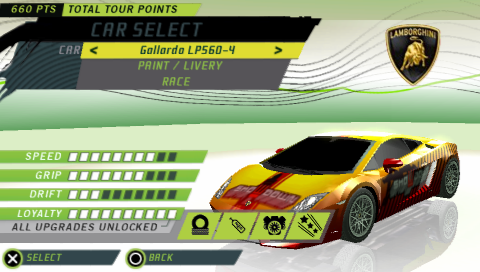 Need for Speed Shift has a pretty decent selection of events (Sprint, Checkpoint, Eliminator, Lap Race, etc) but like the tracks, not all of them seem to be well thought of. The drift challenge (my personal fave) is pretty much on the good side of things and the worst? The checkpoint race (yes race, the AI are trying to beat the clock with you). 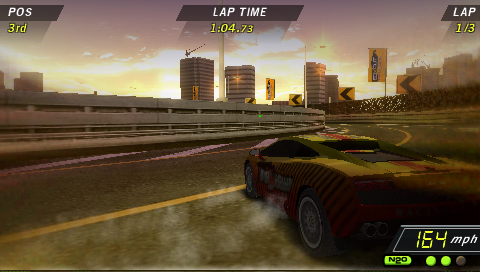 The game controls for NFS Shift is pretty much straightforward and does it’s job pretty well. Using powerslide/drift is a great way to speed through corners. There’s no slow-motion mode here like Most Wanted and Carbon so races are pretty fast-paced. A bit of warning though, maintaining control of your car especially through technical courses can be a nightmare. You WILL fishtail no matter what car you choose but the key here is understanding how each car works for you. Sticking to one car for all the events will pretty much ensure your loss so make sure you juggle between cars. 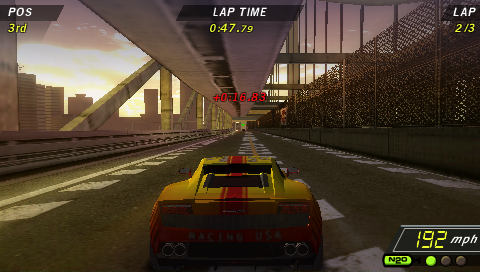 Game’s too short. If you take a few hours (around 16 hours) of your time you can pretty much clear the whole game. That’s alright if you wanted to play the game on your way home since races are short and fast but this is a PSP game, we need longetivity and replayability.

Audio is also a big disappointment. There wasn’t anything catchy in the BGM and while the game’s controls and gameplay are pretty responsive, the sound effects and audio cues are either missing or lacking. It’s not a big issue to some but hey, this is a nitpick. 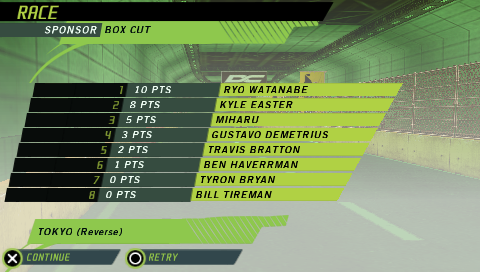 My reaction about an hour through the game is pretty much a big “Mehhhh.” It’s too unpolished to be a great game. Sure it’s a simple game but is it fun? I’d have to say no. Guess it’s back to waiting for Gran Turismo.