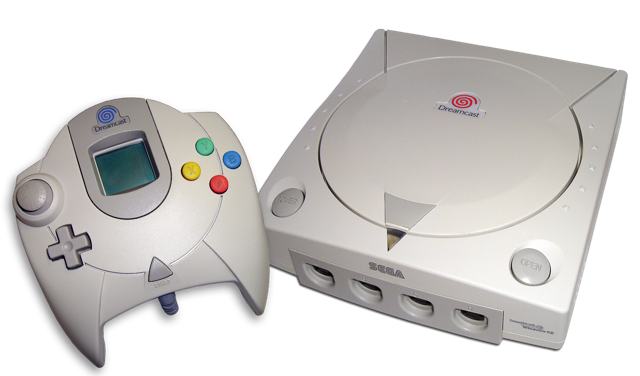 It’s a bit late but I would like to add my greetings to one of my beloved consoles, the Dreamcast. It was launched on September 9, 1999 (So as of posting I’m 2 days late), exactly ten years ago but it’s spot in the lime-light was short-lived due to the huge success of it’s competitor, the Sony PlayStation 2. For gamers who managed to play and loved the console though, it was a success in it’s own right.

Spec-wise, the Dreamcast was more capable than the PS2. It included a modem (and then a broadband accessory apparently) with a built-in web browser so gamers can not only surf the web, they can also play online (Yes! Online Play was with the Dreamcast).  Want a keyboard and mouse?  The dreamcast supported them both and even had games for them (like Typing of the dead).  There’s also support for four controllers.

The cherry on top? The Dreamcast’s memory card can serve as a standalone portable console. Too bad not many devs jumped on it 🙁

I remember several titles that simply made the Dreamcast unforgettable and I’ll down all that I can remember:

The Dreamcast was in production up until 2001.  That’s when Sega decided to throw in the white flag and withdrew entirely from the console hardware business.  In the years that passed however, the Dreamcast still has some of the best games in the console world, in terms of gameplay and graphics and most of them are nearly a decade old.