Much to the chagrin of English speaking Final Fantasy fans, the very Limited Edition Dissidia PSP Bundle never made it out of Japan.  Final Fantasy fans gobbled the prized bundles like clock work and everyone else is left to wonder if we’ll be able to get our hands on one.  Turns out that there’s something in for patient fans like us.

Square Enix has prepped up a Final Fantasy Dissidia Entertainment Pack that contains:

Below is a comparison of the Japan and US Bundle boxes.  Tell me which is better. 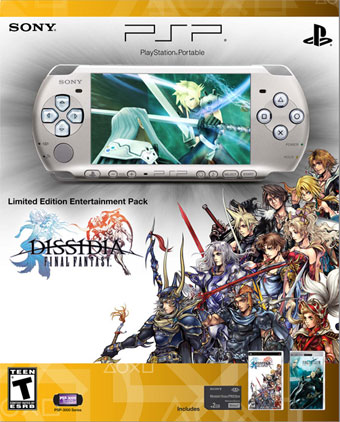 And here’s the Japanese Bundle 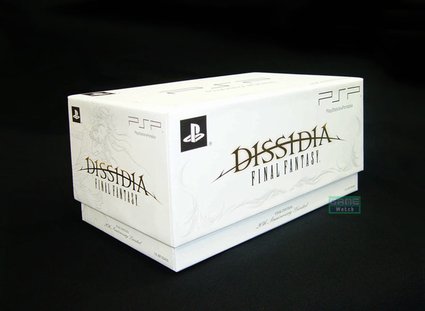