Ah Komikon, not many people realize that there’s still quite a lot of people who love comics (and or manga.. depende on your cultural heritage they may or may not mean the same thing) which is why the industry is still very much alive even with the advent of television and other media (err flash? XD).  I’m looking forward to this year’s Komikon because I haven’t gotten hold of my yearly staples (save for Pugad Baboy, I got PB 20 autographed a few months ago WOOT).

Now before the plug of the event, here’s an introduction from the Komikon’s official blog. 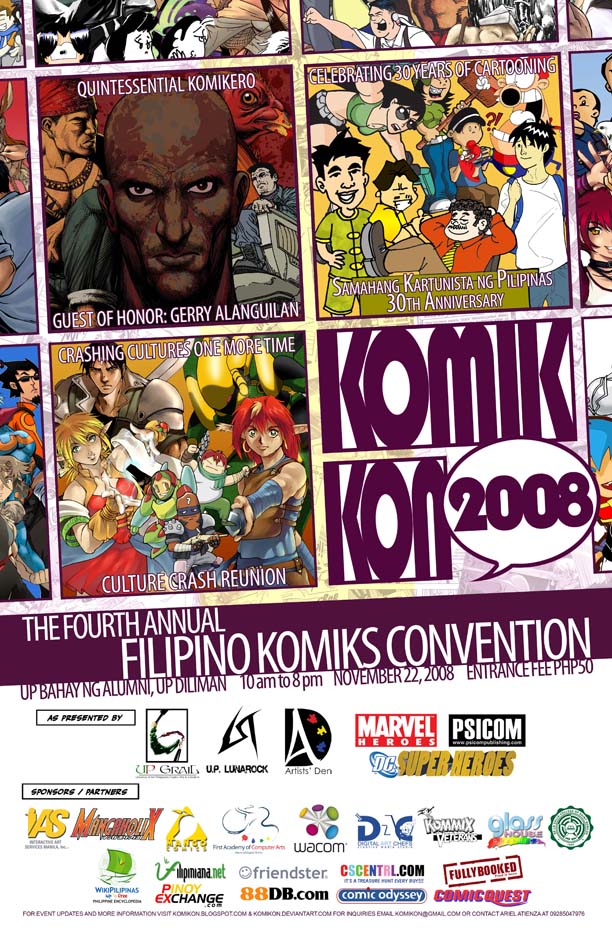 Right off the bat, I can say I’m excited to see the Culture Crash guys come back together again!  See you there.  (Yes, this officially means I’m going to Komikon instead of Hero)