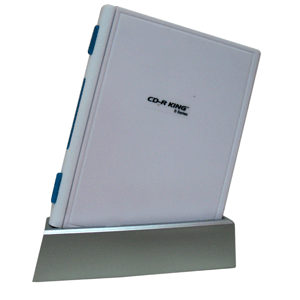 Yep. Make no mistake about it.  TV Sports Game is a Wii clone that’s not a Wii clone.  Confused yet?  Well, the CD-R King branded gadget may look like a Wii but it carries it’s own twenty games (built-in).  Most of the games sports related with a few arcade games slew in.  Just like the infamous popstation or gamebox (and even the PSP-looking game and watch), it hopes to ride on the original product’s popularity to gain traction.

I wonder how many calls their support get wondering how to get their CD-R King bought accessories to work with this one (heh).  If you’re interested, the game is listed via CD-R King’s official website.