Home » Dial Up to Broadband: A big thanks to Globelines

Dial Up to Broadband: A big thanks to Globelines

It’s hard to imagine that a few years back, we accomplished everything over a 56K line.  Chatting via IRC, sending emails, collecting pictures, going crazy over IMs and chain emails, doing business etc.  I’d like to think of it as the dark ages of the internet and the ominous tone of the modem as it connected to the net was the cherry on top.

With the advent of broadband and cable, things changed and so did our activities online.  Socializing, doing business, banking, bills, movies, free PSP game downloads, calls and/or video conferencing or having plain old fun with friends, everything we do now is roughly online.   Can you imagine doing your daily internet tasks on a dial up?  Suicide right? 😆 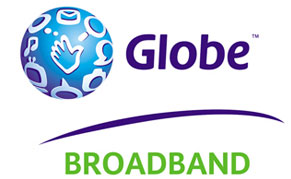 Two years ago, we’ve gotten our taste of DSL speeds via Smart Bro and true to the rumors, it was quite a broken service.  It was stable roughly 40% of the time so when the contract expired, we immediately switched to Globe broadband and their basic DSL plan.  The changeover was quite good with the service roughly stable at around 80% of the time, still not up to my expectations but good enough.

Six months ago, Globe installed our 4Mbps line.  It as upgraded from the previous 512kbps DSL plan which admittedly sucked partly because of the frequent disconnections.  Sure the old plan was enough for me but having a broadband speed that allows you to download an anime episode in less than 5 minutes is sort of a dream come true.   I sort of went crazy over the early days of having that kind of speed and did broadband speed tests via speedtest daily.  😆 Talk about paranoid.

I know that getting a good connection here in the Philippines is a trial and error thing.  Some people get good service from Globe, others from PLDT or even BayanTel.  If you’re thinking of getting broadband installed make sure you take note of 3 things:

If you’re an electrical engineer, or have some knowledge along those lines, this is a no brainer. If you’re not then read on. Current or electricity can only travel a set amount of distance before loosing power or succumbing to noise. This is why power lines have step up transformers and telecommunications use a distributed network. Applying that to your internet connection, the closer you are to the source, the better the service.

Congestion is the main problem of ISPs in our country. If you know that everyone’s on the same ISP, don’t even think of applying unless it’s your only choice especially if the businesses around you are computer shops.

It comes as a surprise to most people that their bill is charged differently from another person when they’re recieving the same service (ergo, 1Mbps cost someone 995 while another person was still paying 1495 for exactly the same speed). Ask around to get the “current price” of DSL/Broadband service pricing and ask the ISP of your choice if that’s the current rate. You’ll be surprised at the discrepancy when it comes to billing.

Well theres my story and my tips. What’s your story guys?