Bad news to PSP enthusiasts who still don’t plan on getting one but the PSP extended battery kit has been officially killed by Sony. These batteries (fitting both the original and the PSP slim-with battery covers to accomodate the additional size) offers 20% more playing time for PSP-1000s and 80% on PSP-2000s. It’s a must for people who love games that require long playing times like Crisis Core, Monster Hunter Freedom and the current hit (in Japan at least) Phantasy Star Portable.

Boasting 12 hours playing time on PSP Slims, it’s really one of the best purchases you’ll ever make. Too bad Sony decided to kill it.  Now, while there are other batteries that claim to have more power, I wouldn’t risk putting them on my PSP.  I like my PSP smoking from gaming, not from an electrical short. 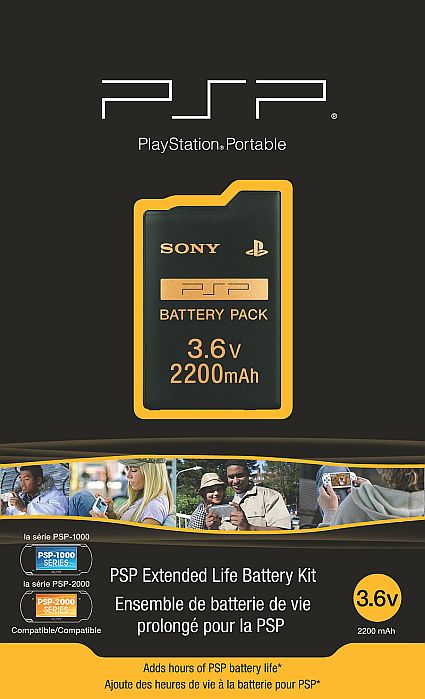 Yes, we are discontinuing this product as we look for other opportunities to service the consumer

I’m hoping that we’ll get to see something else that will boost the PSP’s battery life.

If you want to get one before they become scarce, you can place your order via Play-Asia.