Home » Kratos is Back: The most anticipated PSP Game is here

Kratos is Back: The most anticipated PSP Game is here

God of War has left a lasting impression on PlayStation owners ever since the series’ debut on the PlayStation 2 on March 2005 and SCEA (Sony Computer Entertainment) gives the game and Kratos a fitting 3rd anniversary (or should it be birthday?) with the release of God of War: Chains of Olympus.

The God of War series made it’s name by giving hardcore PlayStation fans a no holds barred game. An amazing battle system, awesome character designs, blatant nudity (well, yeah, most of the nudity is unnecessary but anyone calling himself a fan won’t complain), a catchy mythological backdrop, stunning visuals and dazzling animations.

To those not familiar with the God of War mythos’ hero, Kratos, he’s a powerful Spartan warrior who that swore revenge against Ares (the God of War, ergo the name) for betraying him and for making him turn his sword on his wife and daughter. Brutal? Yes. Gory? Yes? Worth it? Hell Yeah!

Chains of Olympus works as a prequel to the original God of War. Kratos has already been saved by Ares and is working out his seemingly never-ending payback by doing the bidding of Olympus. The game opens in Attica, where Kratos helps defend the city against the impeding Persian forces.

Here’s a sneak peak at the game:

The demo for God of War: Chains of Olympus has been out for quite some time now and is available via the Sony PSN Store for free so if you want to try the game out before buying it, just head set your browsers to the PlayStation store and drop a copy on your Memory Stick.

Now for those who played the Demo, you’ll be glad to know that the actual game’s visuals has improved greatly. Here’s some screens to sate your fantasies guys: 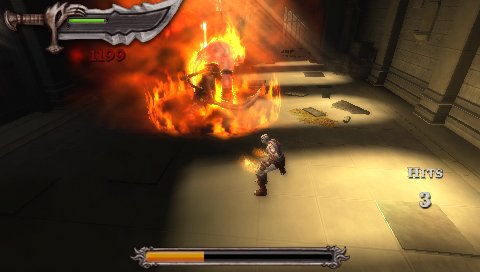 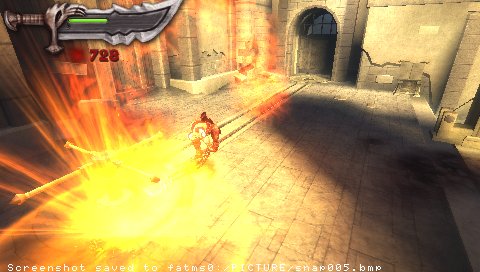 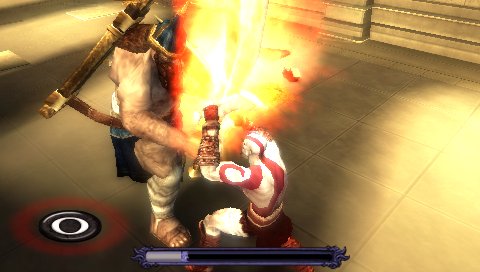 A big thanks to delubyo for the screens.

Want to download Chain of Olympus? Head to the my collection of Free PSP Games provided by Atma Xplorer Game archive.