I’m officially from my school after a long and tiring completion period so I follow Mcbilly’s advice and decided to spend the next few days playing.Â  I removed the dust from my PS2 (it has been so ever since the Wii arrived), and played some good old Final Fantasy 12.Â  After I got bored of watching my character roam the map, automatically killing everything on site (the wonders of FF12’s gambit system and some rubber bands), I’ve diverted most of my attention and free time to my current MMO, RF Online.Â  so pardon the lack of updates.

I wanted to catch up to several online buddies who as of the moment are now playing on a different server (sucks to be left out).Â  Long story short, here’s the very reason (click for a full view) why I was not out posting nor launching my new blog (check it out here, it’s still bearing the Under Construction sign): 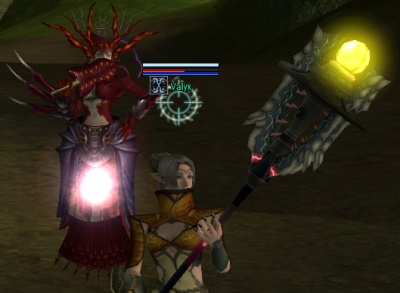 Total playing tim: 32 hrs and 41 minutes (according to Xfire at least)

While PL-ing (Power Leveling, if you don’t know what that is you might want to read this entry), I noted several changes for the Altrax server under the Cora domain.

Now I’ll probably revert to my old self during the weekend since I hate playing during those days (reminds me of the LAG that RAN Online has during said dates) so look forward to more posts by subscribing to my feeds and watch out for my new blog.

By the way, does anyone know where I can find an adaptor with a 12 volt DC output? Â  I need it for a DIY project sometime soon.