For the uninitiated, Dissidia 012[duodecim] is the prequel to the hit Final fantasy-based fighting game, Final Fantasy Dissidia.

Duodecim’s story revolves around the twelfth war (if you haven’t noticed, the events of the first game is the thirteenth war) and sets up the events for the final battle between the two gods Cosmos and Chaos. New to the timeline are Laguna (FFVIII), Yuna (FFX), Vaan (FFXII), Tifa (FFVII), Kain (FFIV), and Lightning (FFXIII). As for the story of duodecim? It’s basically stop the manikin’s (imitations in the Japanese build, basically clones made out of crystal) advances into the Dissidia realm and prevent them from trampling over the God of Order, Cosmos. 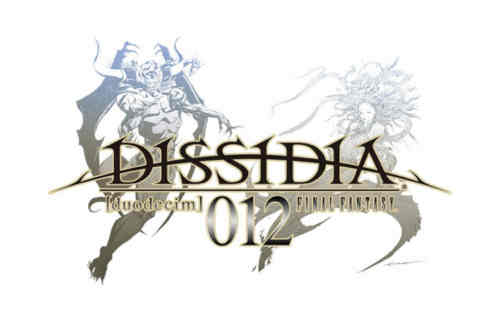 All new characters bring with them their respective quirks and whatnots (for example, Laguna’s “cramps” after seeing the sexy bod of the Cloud of Darkness) so it brings an air of nostalgia for those familiar with their respective games. 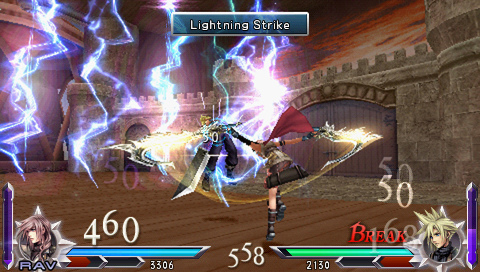 Now for the fun part. Most of the new characters brings something new to the table (with the exception of Vaan but his gameplay is still somewhat unique :)). 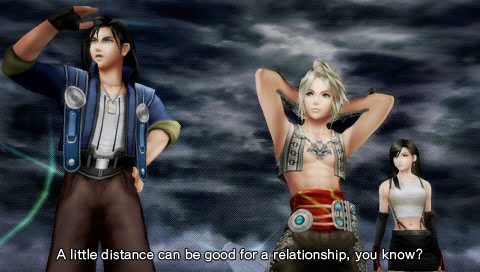 Gameplay-wise, it’s still technically the same as the original with a few minor modifications. You still go at it whittling at each others Brave Points and deal damage using HP attacks. What’s new is in Duodecim are assists. When attacking, you can summon your ally to connect a combo, distract an enemy so you can land and HP attack or distract them yourself and let your assist do the damage for you. Defense-wise, assist can get you out of getting dealt a combo or save you from damage from an HP attack. Of course the meat of the battle is still the EX Burst. To complement this, you can now use your EX gauge (once full) to execute an EX revenge. You can use this when getting combo’d (much like an assist) and it’ll cancel it out as well as slow down time for a few precious moments, allowing you to hit your opponent with a reverse combo or an HP attack. 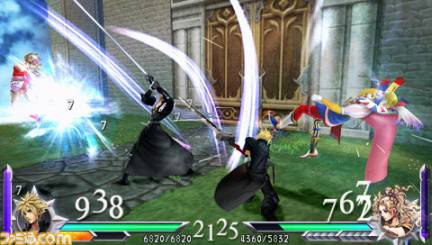 Stats are still based on levels and accessories and you still need to unlock quite a few of them (read: KP grinding) to get to the final equipment of each character.

Once you complete 012, you can continue on playing 013, the thirteenth war or in simple terms, the original game with the option of playing using the original rules or 012’s.

Now if you’re sick of the story mode or need somewhere to level-up before facing off with Desperado Chaos, there’s the Quests mode and Labyrinth mode. The Quests mode will allow you to play through user-created quests (which you can share via adhoc or sending them the save files). The Labyrinth mode is an improved version of the previous Colosseum mode. 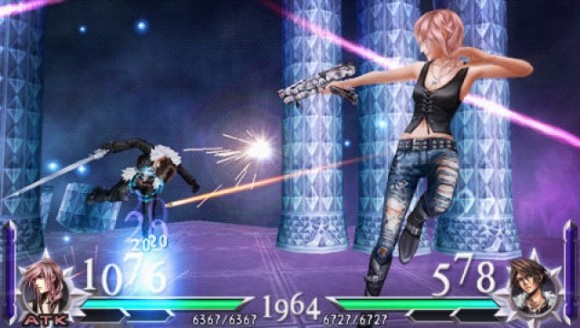 Probably yes but if you snagged dissidia either as a UMD or from the PSN, buying Duodecim and Prologus feels like buying the game and it’s improvement (or patched version). Duodecim feels a whole lot like Dissidia 1.5 with a paid DLC add-on. Not to mention that Duodecim feels like a good money grab with all the new costumes for each character which you can buy off the PSN.

Still, as with the original Dissidia, the game caters to a specific set of players. If you hated the original, you’ll hate Duodecim as well :/