Japan is set to receive the latest incarnation of Sony’s portable console, the PlayStation Vita on December 17. 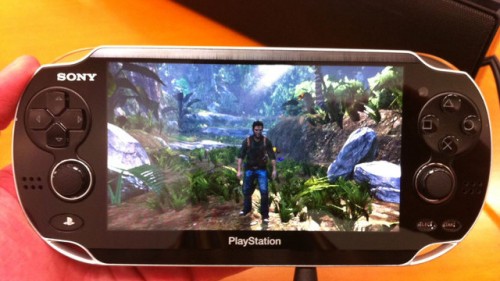 If you’re worried about your current PSN purchases, don’t be. Sony has confirmed that the Vita will support downloadable PSP titles so we’ll likely see an update to the PSP Engine to support the Vita.

For Japan buyers interested in getting PlayStation Vita with a service plan, you can setup with NTT Docomo. The Japanese telco is set to offer a new subscription plan for the Vita. A 20-hour pre-paid plan will cost 980 yen (close to $13), while a 100-hour pre-paid plan will cost 4,980 yen (about $65). Do note that prices will vary with the carrier for your country so please don’t use that as a metric unless you’re in Japan.

The Vita will be available in 3 configurations, (two technically, one is for marketing).

The base model includes the Wi-Fi only Vita console, a USB cable, AC adapter, power cord and manuals and will be available for ¥24,980.

The “first run” edition is the same as the “limited edition,” but it includes a 100 hour prepaid card and will go for the same price, ¥29,980. Only 500,000 units of the “first run” bundle will be available and once this supply runs out, it will be replaced with the limited edition.

As for the list of launch titles? Well Sony seems to have learned from the slow PlayStation Portable launch as well as Nintendo’s troubles with the 3DS (which resulted in the 3DS price drop). Technically however, the Vita will only launch alongside 26 games as listed below. Sony downplays this, indicating that there will be over 100 games available within ‘launch window.’ How long of a timeframe is it? Sony doesn’t say but we could use the 3DS’s current timeline as a measure (from product launch to pricedrop).

I would have included a longer list of titles that included those that will play catch up on the Vita’s release but felt that this list was a bit more useful since these are the games that we’ll actually see with the hardware without the need to pray for a release.